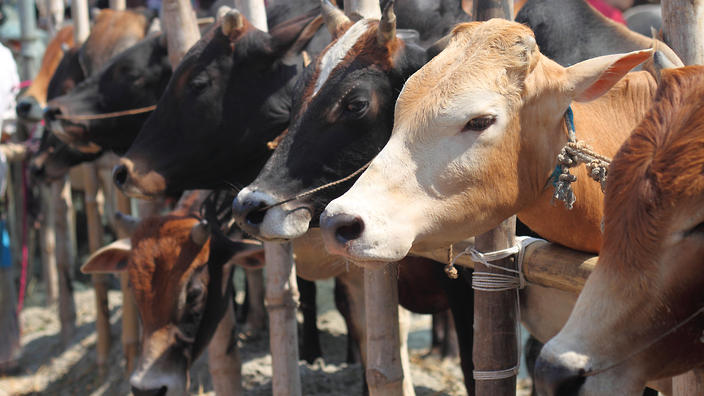 Railways Minister Md Nurul Islam Sujon on Tuesday said Bangladesh Railways (BR) has undertaken a plan to transport sacrificial animals from the northern and the western regions to Dhaka and Chattogram at conventional fares during the upcoming Eid-ul-Azha.

For this, the possible dates, routes and stations will be determined in consultation with the Department of Animal Resources and the concerned business community, he said while talking to reporters at the Rail Bhaban in the city, said a press release.

The minister said the playing of the train could be started from any day based on the demand of the businessmen. The maximum fare per cow from Gaibandha, Pabna and Kushtia to Chattagram may be Taka 2,500 and to Dhaka Tk 1,500 to 2,000.

Bangladesh Railway is currently operating a train named ‘Mango Special’ from Chapainawabganj and Rajshahi for transporting mangoes. For this, the traders can easily transport mangoes to other cities, including Dhaka, at very low fares, the release said.