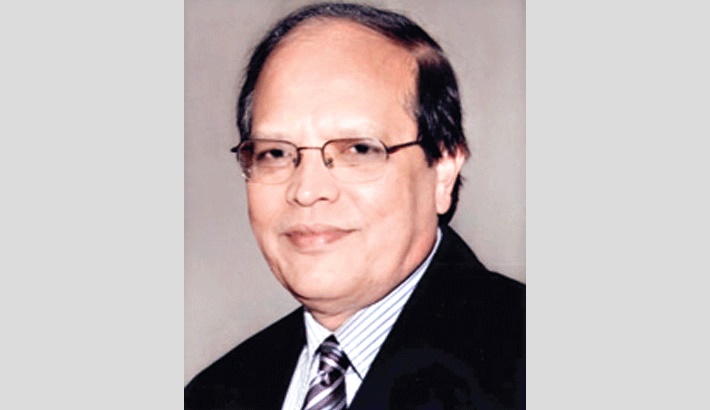 Politics was ingrained in him. We have already seen how he endured the ordeals of jail and made endless personal sacrifices to stand by his political beliefs. ‘People first’ was at the core of his politics. And in that vein fighting for Bengali as one of the state languages of Pakistan became his passion. He almost died while engaged in the hunger strike in Faridpur jail during the height of the language movement in February 1952. He planned this strike with his co-leaders while in Dhaka Medical College Hospital under custody. The objective was to heighten the demand for Bengali as a state language among the students and ordinary people who were already involved in this movement.

When he was finally released from the jail on February 27 he could not even walk. He was so weak and frail that he had to be taken out of the jail in a stretcher. He then went to his village home amidst his dear ones and spent almost a month to recover from his weaknesses following the hunger strike. The local physician asked him to remain in bed rest for at least ten days. He spent some quality time with his two children and wife who had missed him dearly. His parents were also happy to have him with them. But soon he became restless to join the caravan of his political journey which he had set in motion.

One can feel the depth of his impatience to join the struggle from his own words, “The whole of March I had to stay at home. My health had improved somewhat but my heart was still weak. My father just wouldn’t let go of me. The physician who was attending to me also objected to my leaving home. Renu was apprehensive that once I went to Dhaka I would start airing my views publicly and could therefore be arrested again. Many Students’ League leaders and workers were still in jail. The Awami League had stopped functioning. Nobody had the guts to say anything any more. The League government had flattened all opposition with its steamroller of tyranny. But it wouldn’t do to keep silent, no matter how difficult the situation had become.” (‘The Unfinished Memoirs’, page-209)

On the second week of April, Sheikh Mujib set out for Dhaka without fully recovering from his physical weakness. When he went to Dhaka, the city was still under a very oppressive and tyrannical regime whose hands were stained with the blood of the language martyrs. Even the members of his own party would avoid him and the Awami League office for being booked by the intelligence officials as he was under their constant watch. People did not speak out because they feared they might get arrested if they do so. Mujib wrote that even though people avoided the Awami League office out of fear he was always there to welcome anyone who wanted to meet him (ibid, page-210).

Awami Muslim League was still in an embryonic stage. It had branches in only a few districts. Sheikh Mujibur Rahman devoted himself to expanding the party based on its ideals and policies. So he started touring different parts of the country to organise the party and set up district committees. Awami Muslim League was the only opposition party to challenge the tyranny of the ruling party. Sheikh Mujib was not afraid of raising his voice against the injustice being done to the people of the eastern part of the country. He wrote, “…I demanded that Bengali be made a state language and all political prisoners should be freed. I also demanded compensations for the families of those who had died on 21 February and insisted that the brutal oppressors of that day be punished. I also asked the government to provide proof that a foreign country was responsible for instigating the language movement. The Muslim League had not hesitated to come up with the story that Hindu students from Calcutta had put on pyjamas and taken the guise of Muslims and were behind what had happened. I asked the Muslim League whether they agreed that the five or six people who had died were Muslims and whether 99 per cent of the people arrested were Muslims or not. If it was true that Dhaka was overflowing with Hindu students from Calcutta and if the government was unable to capture even one of them, did it have any right to stay in power?” (ibid. page 211).  On May 1952, Sheikh Mujib travelled to Karachi, primarily to meet his mentor Mr. Suhrawardy. But simultaneously, he also wanted to clarify many misgivings about the language movement that still prevailed among the people and journalists of West Pakistan. As soon as he arrived, he wrote a letter to the Prime Minister, Khawaja Nazimuddin, asking for a meeting with him. Khawaja Nazimuddin scheduled a meeting of 20 minutes with him. During the meeting Sheikh Mujib requested Khawaja Nazimuddin to release the Awami League workers in jail. Sheikh Mujib also asked for justice for those killed on 21 February and for Awami League to operate freely as an opposition party since Khawaja Nazimuddin, he presumed, also believed in democracy. The Prime Minister spent around an hour with Mujib during this meeting and was very cordial with him.

Khawaja Nazimuddin acknowledged Awami League as an opposition party after this meeting with Sheikh Mujib. But the Premier was not so sure if he could intervene in the business of the East Bengal Government. Mujib said, of course he could do so as the provincial government was also led by Muslim League. He also held a press conference in Karachi two days after this meeting and tried to explain the situation prevailing in East Bengal as much as possible to the journalists. He tried to clarify many of the misunderstandings that people in West Pakistan had about East Pakistan, particularly the language movement (ibid, pages-213 and 214). Some of the leading newspapers covered his press conference well.

The Intelligence Branch report of 30th May, 1952 says that Sheikh Mujib had submitted a memorandum to the Prime Minister on behalf of Awami Muslim League demanding a neutral election commission and the freedom of Awami Muslim League workers. On the same day he held a press conference where he talked about making Bengali one of the state languages, the dire state of the farmers in East Bengal, the Kashmir problem, the failure of the foreign policy, the need for an election as soon as possible, abolishment of the Zamindari system without any compensations, and his own sufferings during the two and a half years he spent in prison. (Secret Documents of Intellingence Branch on Father of the Nation Bangabandhu Sheikh Mujibur Rahman, Edited by Sheikh Hasina, Hakkani publishers, Volume-2, page-218). He then went to Hyderabad to meet Mr. Suhrawardy, who appreciated his interventions in the press conference. He then travelled back to Karachi with him. In the car there were other lawyers who had confused ideas about the language movement. Mr. Suhrawardy asked Sheikh Mujib to recite some of Nazrul’s poems, which he translated to the fellow riders to show the richness of the Bengali language.  Following Mr. Suhrawardy’s advice, Sheikh Mujib also went to Lahore and gave another press conference to explain the background and other issues related to the language movement. In addition, he also talked about the state of the politics and economy in the eastern part of the country. He then went to Murry for a short visit. From Lahore, he came back to Khulna touching Delhi and Calcutta.

After visiting Karachi, Bangabandhu realised how different the people of West Pakistan were from the Bengalis. Even the landscapes of the two parts of the country were so different. Thus he wrote, “This was my first visit to Karachi. I thought: so this is our capital! How many Bengalis would ever get the opportunity to see their capital? We were born in a country that was green everywhere; wherever one looked in Bengal one saw a sea of green. How could we ever get to like the pitiless landscape? People have an intimate relationship with their environment. Desert denizens have minds that wavered like the sand blowing in a desert. On the other hand, people of an alluvial region like Bengal have minds that were soft and verdant like the land. We were born into a world that abounded in beauty; we loved whatever was beautiful.” (‘The Unfinished Memoirs’, page- 214). No doubt, he could clearly see the distinct features of the people, culture, economy and nature of East Bengal. Hence he was able to formulate the campaign for Bengali nationalism which ultimately led his people to the struggle for a separate state called Bangladesh. This was certainly not a hundred meter sprint. It was a long caravan journey with all his people moving together under his charismatic leadership. The state of Pakistan then was so scared of this people’s protagonist that his every move was under the scanner of the intelligence branch. He himself was always on the move, seeking the just cause of people’s freedom from all kinds of injustices and inequalities.

The writer is the Bangabandhu Chair Professor of Dhaka University and former governor of Bangladesh Bank.