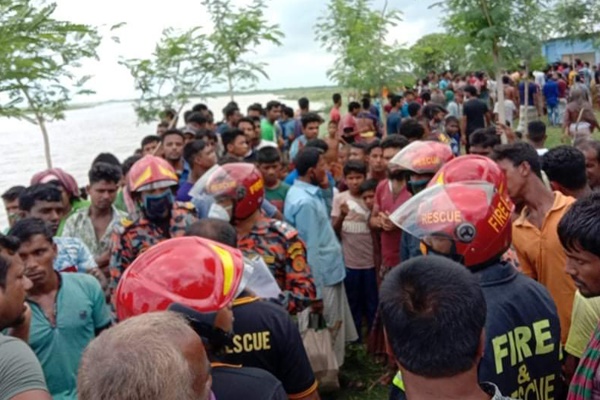 The missing people are- Jewel, 30, son of Haran Sheikh, Jakir, 25, son of Nozu, Shariful, 31, son of Jalil and Juba, 32, all are residents of Jamalpur village in Bahadurpur union of Bheramara upazila.

Tofazzal Hossain, union parishad chairman of Sadipur union, said the two boats carrying 13 day labourers were going to a char of the Padma river for cutting grass.  I

At one stage, the two boats sank in the middle of the river due to strong current around 8:30am.