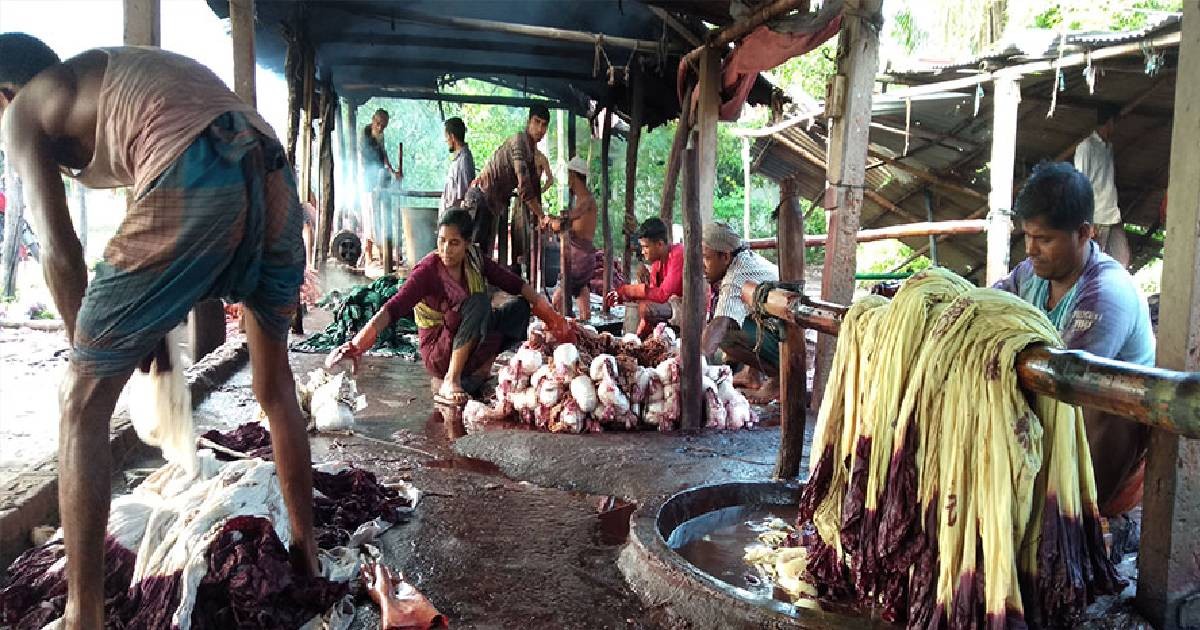 Cumilla’s traditional apparel with aesthetic batik design is now being exported to foreign countries after fulfilling the local demands.

The specialty of batik, or wax-resist dyeing, lies in its ability to blend modern and traditional art to create unique designs.

Wax-resist dyeing of fabric is an ancient art form which existed in Egypt in the 4th century BC, where it was used to wrap mummies; linen was soaked in wax, and scratched using a stylus.

Batik-design apparels have been meeting the demand in the domestic market since the independence of the country. More recently it gained popularity in foreign markets, particularly among the Bangladeshi diaspora.

The bright colours, and the hundreds of possible combinations, have won the hearts of both fashion-lovers and art-enthusiasts all over the world.

A group of people in Kamalpur village of Sadar upazila spend busy time all around the year making the designer clothes.

Firstly, the fabric which is usually procured from Narshingdi is washed, soaked and beaten with a large mallet. Patterns are drawn with small copper reservoir with a spout on a wooden handle. The reservoir holds the resist which flows through the spout, creating dots and lines as it moves. For larger patterns, a stiff brush may be used.

Around 30 to 40 men and women are engaged in the work with some putting the designs on cloth, some are involved in the colouring process, some dry wet clothes in sunlight and some fold the dried cloths.

The batik artists said they started designing clothes after the Liberation War of the country and make different popular clothings including lungi, shirt, salwar-Kameez and bed sheet.

The batik business witnesses a spike before Pahela Baishakh, the first day of Bangla calendar; Independence Day on March 26 and Victory Day on December 16 and two Eids as well, workers said.

Manager of Cumilla Dyeing and Kamalpur resident Ibrahim Hossain said there are seven to eight batik factories operating in the district, of which Cumilla Dyeing owned by Hedayetul Islam is the largest.

“We sell the clothes to the wholesale traders of Dhaka who later export them to Bengali community residing in foreign countries,” he said.

The fabrics are collected from Narsingdi which are cleaned before putting the design later, necessary lungi shirt, salwar-Kameez and bed sheet are made, he stated.

The factories are capable of making 2,000 to 2,500 pieces of clothing and bed sheets every week, he added.

Many factory owners said although their designs mark local tradition and culture and the price is also rational but the industry lacks necessary publicity and assistance from the government.

To flourish more and significantly contribute to the country’s economy, the industry needs proper promotional measures and government support.