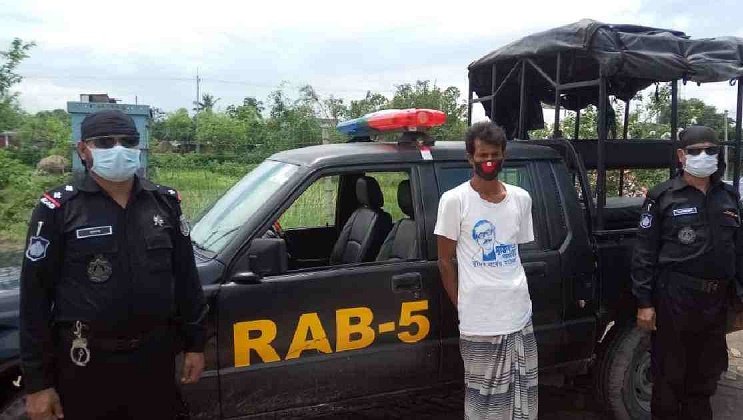 A man who was held with drugs, died by ‘hanging himself’ shortly after taken to Chapainawabganj Police Station for one day remand on Monday night.

The deceased was identified as Afsar Ali, 35, son of Mohsin Ali, of Tikrampur, in Chapainawabganj Municipality.

Mahbub Alam Khan, Additional Superintendent of C’nawabganj Police, said “Ali took electric wire of fan from Chapainawabganj Police Station and hanged himself on the fan at 7:20pm shortly after he was brought to the police station for remand.”

After seeing him in that situation over Close Circuit Camera, Police immediately took him to Sadar Hospital where the doctor pronounced him dead, ASP added.

Sadar Hospital’s Rohani Akhter said “Afser Ali was brought to the hospital alive, he died while receiving treatment for about an hour.”

According to Police sources, Rapid Action Battalion (Rab) arrested Ali with 1.195kg heroin from Bagdanga area in Sadar upazila on Sunday noon and handed him over to police.

The court remanded him for one day although police sought a five-day remand after placing him before the court on the day he was held with drugs.

Additional District Magistrate Jakiul Islam visited the ‘suicidal’ spot on Monday night and told journalists that he will go to see the dead body on Tuesday.

“The reason of the death will be informed later,” he said.