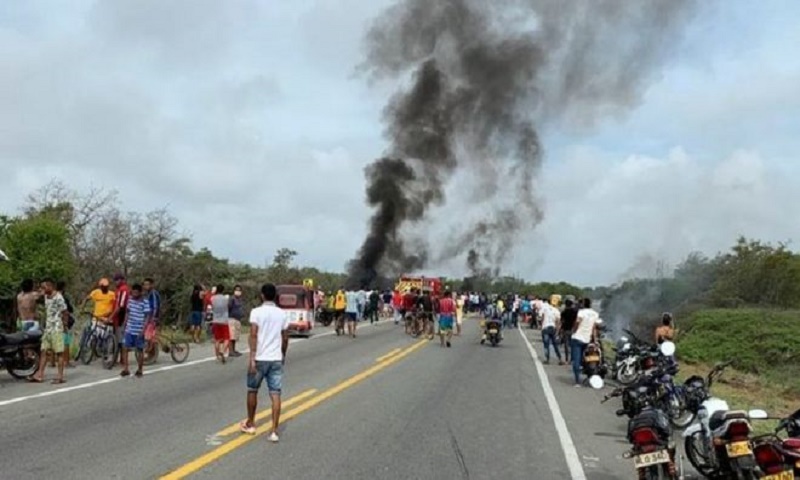 At least seven people have burned to death after an overturned petrol tanker exploded in northern Colombia, local police say.

More than 40 people were injured in the incident on the road near the town of Pueblo Viejo on the Caribbean coast, the police said.

Crowds had gathered around the tanker to try to siphon off fuel when the vehicle burst into flames.

The injured were taken to several hospitals in the area.

Some of them have severe burns, and there are fears that the death toll will rise further.