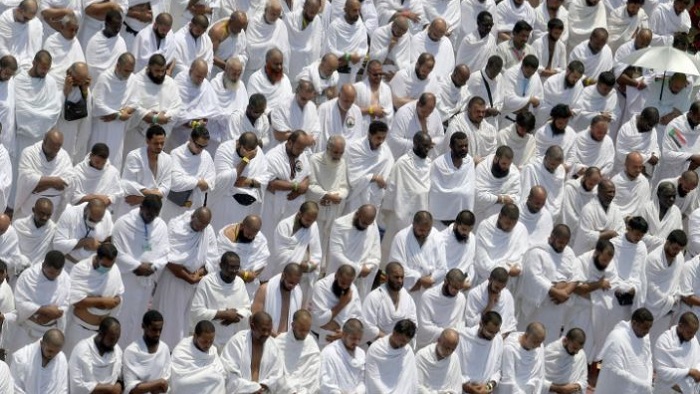 One day, in Mecca, the Prophet Muhammad dropped a bombshell on his followers: He told them that all people are created equal.

In this sermon, known as the Farewell Address, Muhammad outlined the basic religious and ethical ideals of Islam, the religion he began preaching in the early seventh century. Racial equality was one of them. Muhammad’s words jolted a society divided by notions of tribal and ethnic superiority.

Today, with racial tension and violence roiling contemporary America, his message is seen to create a special moral and ethical mandate for American Muslims to support the country’s anti-racism protest movement.

Apart from monotheism – worshipping just one God – belief in the equality of all human beings in the eyes of God set early Muslims apart from many of their fellow Arabs in Mecca.

Chapter 49, verse 13 of Islam’s sacred scripture, the Quran, declares: “O humankind! We have made you…into nations and tribes, so that you may get to know one another. The noblest of you in God’s sight is the one who is most righteous.”

This verse challenged many of the values of pre-Islamic Arab society, where inequalities based on tribal membership, kinship and wealth were a fact of life. Kinship or lineal descent – “nasab” in Arabic – was the primary determinant of an individual’s social status. Members of larger, more prominent tribes like the aristocratic Quraysh were powerful. Those from less wealthy tribes like the Khazraj had lower standing.

The Quran said personal piety and deeds were the basis for merit, not tribal affiliation – an alien and potentially destabilizing message in a society built on nasab.

Give me your tired, your poor

As is often the case with revolutionary movements, early Islam encountered fierce opposition from many elites.

The Quraysh, for example, who controlled trade in Mecca – a business from which they profited greatly – had no intention of giving up the comfortable lifestyles they’d built on the backs of others, especially their slaves brought over from Africa.

The Prophet’s message of egalitarianism tended to attract the “undesirables” –people from the margins of society. Early Muslims included young men from less influential tribes escaping that stigma and slaves who were promised emancipation by embracing Islam.

Women, declared to be the equal of men by the Quran, also found Muhammad’s message appealing. However, the potential of gender equality in Islam would become compromised by the rise of patriarchal societies.

By Muhammad’s death, in 632, Islam had brought about a fundamental transformation of Arab society, though it never fully erased the region’s old reverence for kinship.

All three would rise to prominence in Islam during Muhammad’s lifetime. Bilal’s much-improved fortunes, in particular, illustrate how the egalitarianism preached by Islam changed Arab society.

An enslaved servant of a Meccan aristocrat named Umayya, Bilal was persecuted by his owner for embracing the new faith. Umayya would place a rock on Bilal’s chest, trying to choke the air out of his body so that he would abandon Islam.

Moved by Bilal’s suffering, Muhammad’s friend and confidant Abu Bakr, who would go on to rule the Muslim community after the Prophet’s death, set him free.

Bilal was exceptionally close to Muhammad, too. In 622, the Prophet appointed him the first person to give the public call to prayer in recognition of his powerful, pleasing voice and personal piety. Bilal would later marry an Arab woman from a respectable tribe – unthinkable for an enslaved African in the pre-Islamic period.

For many modern Muslims, Bilal is the symbol of Islam’s egalitarian message, which in its ideal application recognizes no difference among humans on the basis of ethnicity or race but rather is more concerned with personal integrity. One of the United States’ leading Black Muslim newspaper, published between 1975 and 1981, was called The Bilalian News.

More recently Yasir Qadhi, dean of the Islamic Seminary of America, in Texas, invoked Islam’s egalitarian roots. In a June 5 public address, he said American Muslims, a population familiar with discrimination, “must fight racism, whether it is by education or by other means.”

Many Muslims in the US are taking action, supporting the Black Lives Matter movement and protesting police brutality and systemic racism. Their actions reflect the revolutionary – and still unrealized – egalitarian message that Prophet Muhammad set down over 1,400 years ago as a cornerstone of the Muslim faith.

This article is republished from The Conversation, a nonprofit news site dedicated to sharing ideas from academic experts.