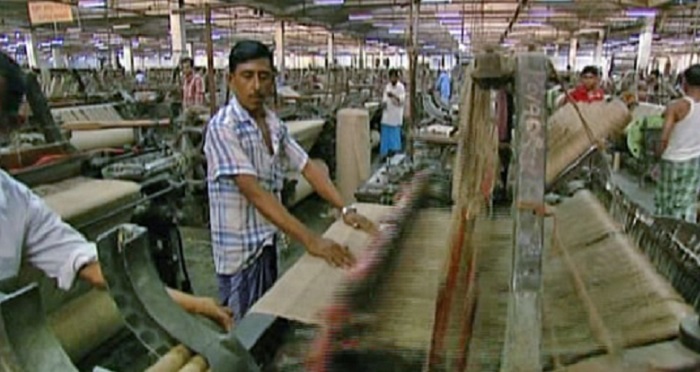 The Finance Department of the Ministry of Finance has allocated a fund of Taka fifty-eight crore to Bangladesh Jute Mill Corporation (BJMC) for paying wages and arrears of jute mill workers.

The Finance Department on Sunday (July 5) issued a letter regarding this matter saying that the fund has been allocated to BJMC as a loan for 20 years at 5 per cent interest under six specific conditions.

BJMC will use this fund to pay wages of 25 closed state-run jute mills’ workers for the month of June and July 2020 through their personal bank accounts by next week. However, all the arrears will be paid under the National Wage Structure, 2015.

According to the Finance Department’s letter, BJMC has to maintain the following six conditions in using this money--

The allocated funds cannot be spent on any purpose other than the purposes described in budget for FY 2019-20 for BJMC’s jute mills. This money has to be paid through Account Payee Check of a specific bank.

Within seven days of spending this money, the detailed expenditure statement along with the mill based workers’ list should be sent to the Finance Department.

The existing rules and regulations of the government have to be followed in spending the allocated money. If any money would be paid violating the rules, the concerned officer will be responsible for that offence.

The allocated amount will be treated as “Operating Loan” in favour of BJMC, which will have to be repaid by six monthly instalments in the next 20 years (including 5 years press period) at 5% interest. In this regard, BGMC has to execute a loan agreement with the Finance Department.

The above amount of Tk 58 crore is to be paid only for the wages of the workers. And

A GO has to be issued for the endorsement of the fund and two copies of the GO should be sent to the Finance Department.

The government has decided to shut down production in 25 state-run jute mills under BJMC by providing cent percent dues of some 25,000 workers of the mills.

Cent per cent dues of workers of the jute mills would be given at the quickest possible time and it would require Tk 5,000 crore, said said PM’s Principal Secretary Dr Ahmad Kaikaus on Thursday.

He also informed that the 25 mills will be reopened refurbishing those with modern technologies under different types of ventures –-PPP, G2G, joint venture or lease model.