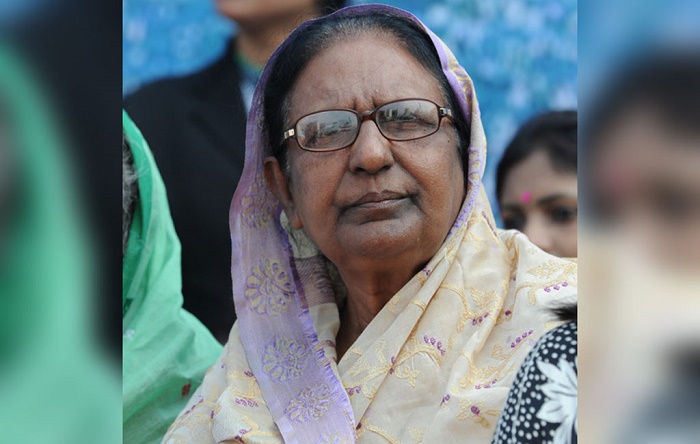 Former home minister Sahara Khatun has been admitted to Bamrungrad Hospital in Thailand for better treatment.

“She was flown to Thailand by an air ambulance on Monday afternoon. She was admitted to the hospital around 4:00pm,” Sahara Khatun’s nephew Mojibar Rahman confirmed media.

The 77-year-old lawmaker of Dhaka-18 constituency was released from city’s United Hospital around 11.20am.

Earlier, on June 24, a medical board formed for Sahara suggested family members to shift her abroad for further treatment but her health condition deteriorated on June 26 and shifted her to Intensive Care Unit again in the hospital.

Earlier on June 19, she was shifted to the ICU as her condition deteriorated.

On June 2, the AL presidium member was admitted to the hospital with fever, allergy and other old-age complications.

Sahara has been elected to parliament from Dhaka-18 constituency for the last three terms consecutively.

She took charge as home minister when the Awami League returned to power in 2008. She was later transferred to the post and telecommunication ministry.