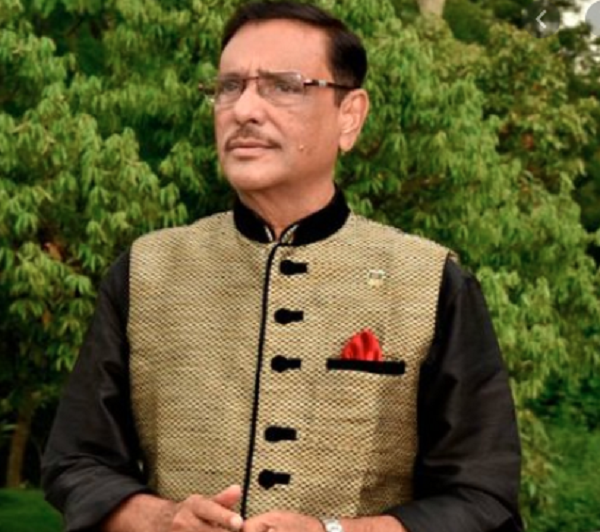 Awami League general secretary Obaidul Quader on Monday said BNP is misleading the nation with imaginary information even during the coronavirus pandemic.

“BNP is involved in their traditional politics of complaints without playing a responsible role during the corona crisis.  They are misleading the nation with  unreal information,” said Quader at a regular press briefing at his residence.

Mentioning that BNP became world champion  in corruption for five times, Quader , also the Road Transport and Bridges Minister, said that they are rejected by people in elections and politics for looting.

Prime Minister Sheikh Hasina's anti-corruption stance and her personal integrity are appreciated at home and abroad, he said adding that no matter who is corrupt, the Sheikh Hasina government will remain firm in its zero tolerance policy.

He also called upon the BNP to extend cooperation in the fight against coronavirus by avoiding the politics of division and hostility.

The minister said that the government is increasing the number of safety equipment, ventilation system and doctors which has been possible due to coordinated efforts and efficiency of the government. “But BNP's activities are limited to statements only,” he added.