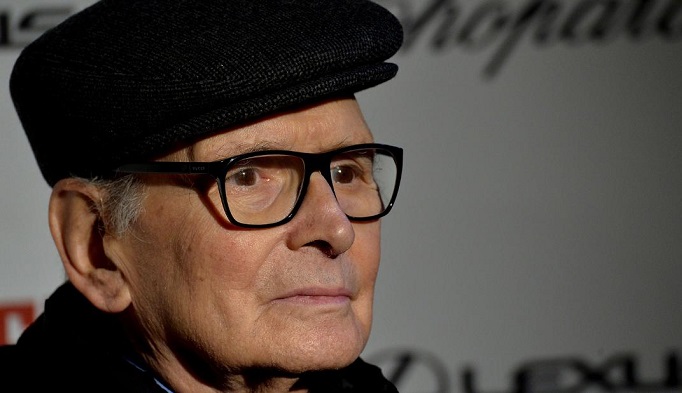 Ennio Morricone, the Oscar-winning film composer, has died at the age of 91, his lawyer told on Monday.

He died at dawn in a Rome hospital after falling and breaking his leg, his lawyer, Giorgio Assumma, said.
Morricone is best known internationally as the composer behind the instantly recognizable melodies from "The Good, the Bad and the Ugly" and "Once Upon a Time in the West."

The Italian composer was famous for the tension-filled scores of spaghetti Westerns, and won an Academy Award for his soundtrack for Quentin Tarantino's "The Hateful Eight" in 2016, after five previous nominations and an Honorary Award in 2007 that recognized his lifetime's achievement.

The Rome-born composer scored more than 500 films, and was a winner and nominee for numerous BAFTA awards and Golden Globes, as well as being the recipient of a star on the Hollywood Walk of Fame.

Although arguably best known for creating music for Westerns, the composer also developed soundtracks for cinematic classics including "The Mission" and "Cinema Paradiso."
Morricone requested a private funeral, Assumma said.

Italian Prime Minister Giuseppe Conte paid tribute to the composer on Monday, writing on Twitter: "We will always remember, with infinite gratitude, the artistic genius of the Maestro #EnnioMorricone."

"It made us dream, move, reflect, writing memorable notes that will remain unforgettable in the history of music and cinema" he added.
Italian President Sergio Mattarella offered condolences to the family of the "distinguished" artist.

"Both a refined and popular musician, he has left a deep mark in the history of music in the second part of the 20th century," he said. "Through his soundtracks, he has greatly contributed in spreading and reinforcing Italy's prestige around the world."