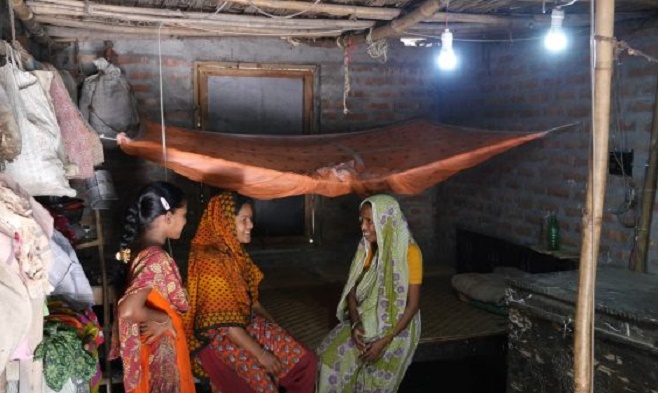 While a large number of power sector projects have been limping for years, the government has seen great success in the timely execution of its initiative for bringing 2.5 million new rural subscribers under the electricity overage.

Success came not only in terms of timely implementation of the initiative but also in terms of keeping the project cost below the estimate.

The scheme has been able to create an example as most other schemes fail to meet their deadline even after a repeated time extension and cost hike, think officials of Implementation monitoring and evaluation division (IMED) that has done the evaluation.

“It is an example of a good project. While the country’s 70 percent projects need time extension, this project has been able to create a good example,” IMED Secretary Abul Mansur Md Faizullah remarked.

Bangladesh Rural Electrification Board (BREB) picked up the two-year scheme for creating 2.5 million new subscribers in rural areas during July 2016 to June 2018 period in the face of a growing demand for power in the country.

A major objective of the initiative was to improve rural economy through brining rural people under 79 Palli Bidyut Samities of 61 districts under the electricity coverage.

In Particular, BREB intended to install 65,000 new transformers, 2.5 million electric meters and 75,651km conductor lines at an estimated cost of over Tk12.28 billion to give 2.5 million new rural power connections.

The project ended within the stipulated timeframe at a total cost of Tk 9.43 billion, which is Tk 2.852 billion lower the originally estimated project cost, an IMED draft evaluation report suggests.

The scheme has been implemented through 16 lots under nine packages. All the contract values were below the estimated cost for the particular work package, it also found.

It was also found that people of the project areas benefited from different aspects -- increase in study time of children due to electricity, rise in business activities, extra work hour at night and a decline in crime.

Improvement in market places, use of irrigation pumps, use of internet and computer and transport and communications were also found. A greater scope of work has created for women as well.

After a physical verification, IMED found that irrigation cost has decreased to Tk 56 per decimal after completion of the project, while the cost was Tk 78 per decimal on average for diesel pumps.

The average annual profit margin of small shops, employing at least two workers, Tk 1,44,000, which was much below before power connection was available.

No change in project director, timely fund release, preparation and properly following the action plan, enough allocation for different spending segments and regular monitoring of the parent ministry or division were the main reasons for the success, according to IMED.