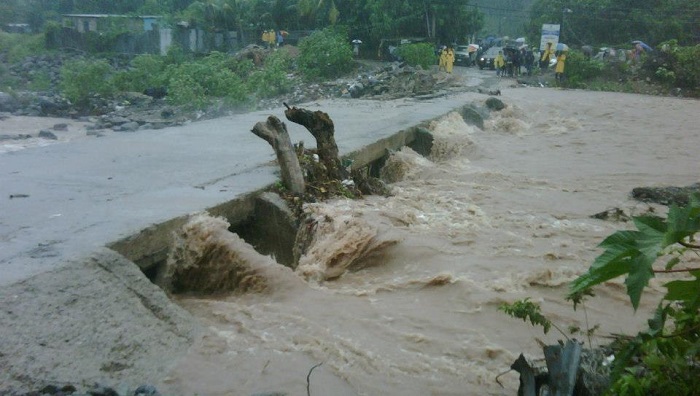 More than 1.428872 million people in 15 districts of the country have been affected by the devastating flood since the last week of June.

The sign of flood wreckages are also evident in the affected areas through torrential rains and a huge onrush of upstream river water from the boarding country.

Bangladesh Red Crescent Society (BDRCS) has activated its Early Action Protocol for flood. This corresponds to an impact forecast that 3.7 million population or and about 1 million households will be affected.

She said the report of the victims has been complied through the information obtained from the Deputy Commissioner of the flood affected districts.

Flood affected people in different areas are passing days in extreme uncertainty as flood washed away all of their belongings including houses, crops land, domestics animals and other valuables.

They are suffering much for acute shortage of food and pure drinking water as soon as flood water started receding. They are in want of flood relief.

Marooned people have taken shelter on embankment, roads, highland and flood centres with their domestic animals and valuables as their houses have been washed away and crops damaged.

Though the government relief materials reached the flood-hit areas, they were insufficient, locals alleged.

Erosion has taken a serious turn at places in the central region due to strong current, and the Water Development Board (WDB) authorities have been working on emergency protection at the damaged points of various flood control embankments.

Mia Seppo, UN Resident Coordinator in Bangladesh in a tweet on Saturday said, “Humanitarian partners are getting ready to provide anticipatory support to mitigate the likely impact of floods in Bangladesh through a CERF forecast-based pilot action triggered on the day.”

The Flood Forecasting and Warning Centre (FFWC) on Sunday forecasted that flood situation may improve in Kurigram, Gaibandha, Lalmonirhat, Nilphamari, Bogra, Jamalpur. Sirajganj and Tangail district in the next 24 hours.

It will be unchanged in Rajbari, Manikganj, Dhaka, Faridpur, Munshiganj, and Shariatpur district, according to FFWC.

Padma River is in rising trend and it will continue next 28 hours, according to FFWC.

Padma River at Bhagyakul of Munshiganj may cross respective danger level during 24 hours, it said.

The river water was rising at 49 of the 101 points observed by the warning centre on Thursday morning.

Eight major rivers are flowing above their danger marks (DM) at 16 stations on Thursday, according to FFWC.