Bicycle rider killed in city after truck hit him 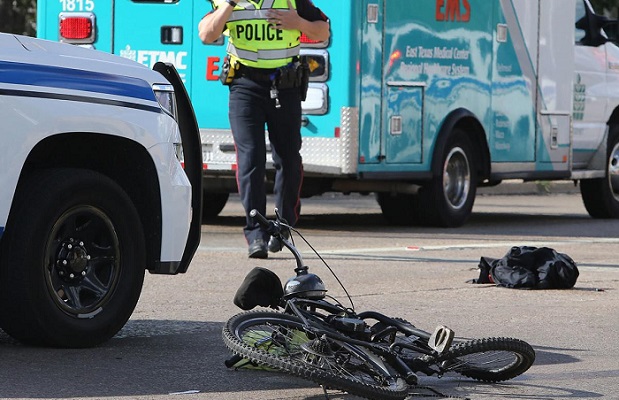 A bicycle rider died in the capitals Banani area on Sunday night as a rush truck hit his backside while he was returning to home in Kuril Biswa Road.

The tragic incident took place in front of Abul Tower in Banani at around 9:00 pm that took the life of a youth named Abdur Razzak, 20.

After being hit, he was taken to the emergency department of Dhaka Medical College and Hospital (DMCH) at 10:30 pm where on duty doctors declared him dead.

Fellow worker Rajib who took critically injured Razzak to the hospital told media that Razzak and he work at ABR centre—a manpower office. After office closure on Sunday evening they were returning home by riding on two separate bicycles. On the way to home a speedy truck hit Razzaks bicycle from backside, he fell off on the street and got seriously injured.

Deceased Abdur Razzak, son of Omar Farooq of of Balipara village in Indurkani Thana of Pirojpur resident, used to stay in the training center of their company in Panchkhola area.