Virtual courts to be used in special situation: Law Minister 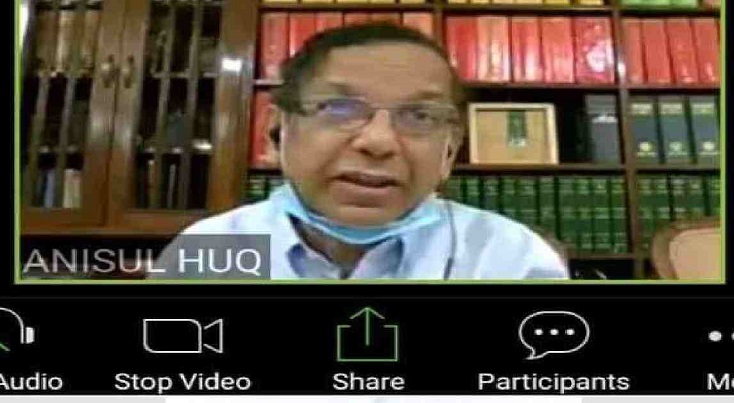 “It's normal to introduce a virtual court system in this world of information technology. Virtual courts are meant for working in an alternative way through videoconferencing. The regular court proceedings using the constitution, the CRPC, the CPC (Civil Procedure Code) and the act of witnesses will remain unchanged. Virtual courts will be adopted only in special situations,” he said.

The Law Minister came up with the information while speaking at the inauguration ceremony of online training course for judges at Judicial Administration Training Institute in the city.

Besides, necessary training will be provided to the lawyers alongside the judges to run virtual court smoothly.

The government wants to build a nation where people can get legal assistance easily through the development of the legal service, he said.

The Cabinet recently cleared the draft of an ordinance, ‘Ordinance for Usage of Information and Communication Technology by Court, 2020’, to pave the way for courts to run trial proceedings through videoconferences and other digital means using the information technology, which is an innovative law, said the Minister.

After clearing the ordinance on May 9, the virtual court was formed and introduced on May 11, he said.

A total of 49,762 people secured bail after their petitions were heard by virtual courts across the country through disposing of 95,523 cases from May 11 to July 2.