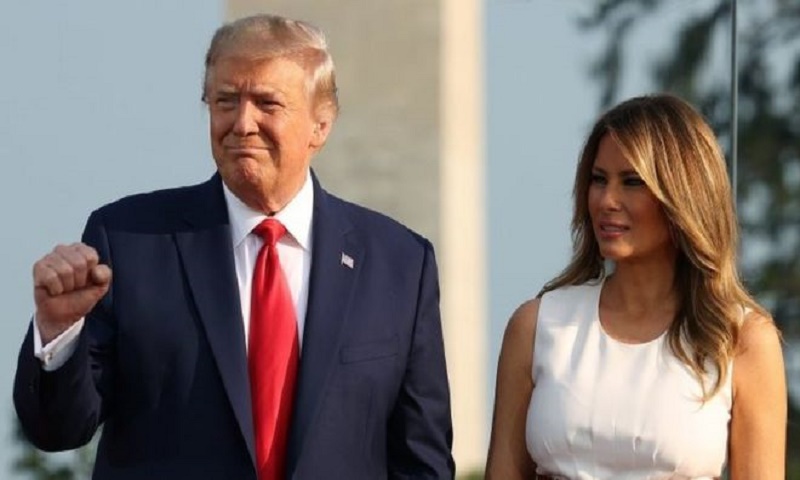 US President Donald Trump has used a 4 July address to tout the country's "progress" against Covid-19, despite a nationwide spike in cases.

Amid criticism of his handling of the pandemic, he said China - where the virus originated - must be "held fully accountable".

The president also berated protesters who toppled monuments of US leaders at recent anti-racism protests.

"Their goal is demolition," he declared, BBC reported.

In a combative tone that echoed his Friday night speech at Mount Rushmore in South Dakota, the president pledged to defeat the "radical left, the Marxists, the anarchists, the agitators, the looters".

He spoke from the White House lawn, flanked by his wife Melania, to a crowd that included US soldiers and frontline medical staff.

The US has the world's highest number of coronavirus deaths and infections, and confirmed more than 43,000 new Covid-19 cases in 24 hours on Saturday, according to figures from Johns Hopkins University.

Florida, where the outbreak is especially acute, saw 11,458 new cases.