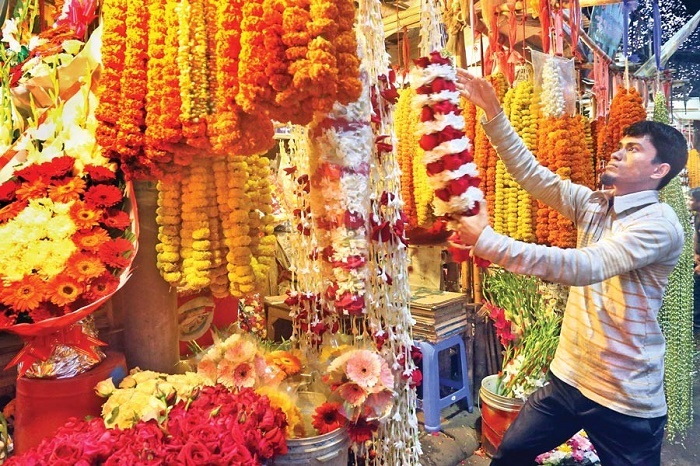 As with other business entities, flower sector in the country is also reeling under the coronavirus effect since its sales plummeted since the outbreak of the pandemic.

Due to the pandemic, people are virtually staying home while no social programme including marriage ceremony, seminars are being held that has brought the sale of flowers down.

Flower farming grew as an important and profitable venture in the Agriculture sector of Bangladesh, but the pandemic shattered the business.

Nursery and flower business rapidly expanded in the capital of Bangladesh as elsewhere in the country over the last two decades, with most demand coming from the middle-class people.

Abdur Rahim, president of Bangladesh Flowers Society, told daily sun that the sale of cut flowers has totally stopped for over the last three months.

He said farmers left their land empty and did not take care of their field as sale of flower is totally off during this period.

People engaged in this sector have become workless and been passing an idle time as trading and farming have both been suspended, he said.

No social programmes like marriage, birthday, anniversary, seminar and such like are not being held during the time due to Covid-19 pandemic, said the president of Bangladesh Flowers Society.

Professor ASM Golam Hafiz, farm economist and head of Agricultural Finance and Banking Department at Bangladesh Agricultural University, told daily sun the government should give a separate allocation to secure a certain farming sector as flower farming is growing fast in the country.

Without any help of the government, farmers and workers engaged in this sector might suffer most and opt to change their profession, he said.

Around 30 lakh people are engaged in this sector while 20,000 of them are directly engaged with the flower farming. They are facing crisis to lead their livelihood.

As of now, flowers are being cultivated in nearly 10,000 hectares of land in 25 districts of the country.

The growth of commercial flower production has increased in the country with the inauguration of the farmers at Jikargacha upazila of Jessore district.

Commercial flower farming is spreading fast across the country while a large number of flowers are produced in Jessore, Savar, Chuandanga, Mymensingh , Nator, Gazipur and  Narayngonj.

Marginal farmers did not get the government loan as they cultivate the flowers on leased land, said the president of the flower organisation.

He said an equal disbursement of loan as given to agriculture sector is essential.

A good number of flower shops are also established in district towns. There are reportedly around 6000 retail shops of flowers in the country.