Hasina – the torch bearer of humanity 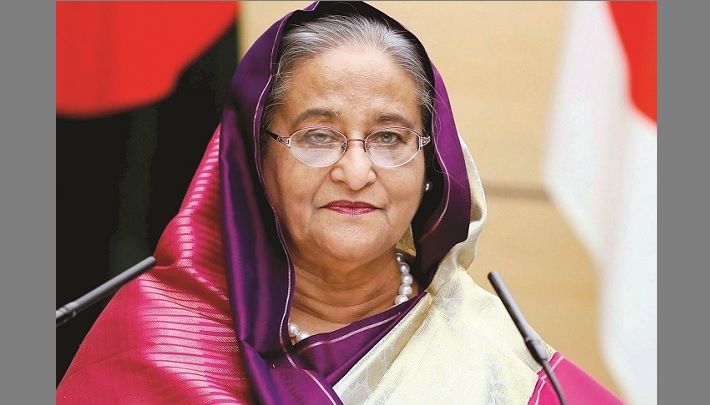 Prime Minister Sheikh Hasina has become the torch bearer of serving the humanity as people, irrespective of party affiliation, get their desired assistance at the time of their need.

Experts say the premier stands by individuals or communities soon after hearing their crises of any nature.

Setting an example of humanity, Sheikh Hasina married three girls off at Ganabhaban after the Nimtoli Tragedy in 2010.

She came to their lives as the mother after the inferno, which left at least 126 people dead and scores injured, orphaned them.

World leaders have also appreciated the efforts of the Bangladesh government, particularly Prime Minister Sheikh Hasina, for her decision to open the borders of Bangladesh to the forcibly-displaced Rohingyas from Myanmar and to help over one million distressed Rohingyas with shelter, food, sanitation, water and medical attention.

The UK-based ‘Channel 4’ dubbed Prime Minister Sheikh Hasina as the ‘Mother of Humanity’ after she provided shelter for tens of thousands of Rohingyas fleeing persecution in Rakhine state of Myanmar.

Her various moves, taken to save lives of the people and revive the economy amid the ongoing wave of the coronavirus pandemic, have been lauded highly at home and abroad.

Giving an Eid gift of Tk 2,500 to five million poor families, hit hard by Covid-19 across Bangladesh, is also significant one.

“Prime Minister Sheikh Hasina is the torch bearer of serving the humanity. Whenever the nation faces any crisis, she has faced it with a well plan,” he told daily sun.

“General people have the faith in Sheikh Hasina. And it is her strength and she has been working round the clock cashing in on the belief, bestowed upon her by the people,” he added.

Prime Minister’s Office sources say that the premier has set a numerous examples by standing by the people at the time of their need.

Mentioning many more incidents, they said that Sheikh Hasina continues to extend her support to people without informing anyone.

She often takes responsibilities for the treatment of noted individuals.

Besides, she often feeds the children with disability and distressed people after inviting them at her official residence, they said.

Professor Muntassir Mamoon told the daily sun that despite a densely-populated country, Prime Minister Sheikh Hasina has been putting her cent per cent effort for the betterment of the people.

“She has been providing necessary support where it has been needed. And she has been working tirelessly for the betterment of the people,” he said.

Assuming office in 2009, she has outlined various measures to turn the country into a middle income one by 2021 and a developed one by 2041.

A Singapore-based research firm, Statistic International, in its survey report said Sheikh Hasina was selected as the second-best prime minister for her competent leadership, statesmanship, humanity, decision-making and their implementation at the international level.

As part of her Awami League-led government’s efforts, the country has been graduated to a developing country status from the least development status.

Bangladesh, which stepped in the LDC bloc just after its birth, entered the developing country status after 43 years.

The Committee for Development Policy, a UN panel, on March 16 in 2018 announced Bangladesh’s eligibility to graduate to a developing country from the least developed country (LDC) group.