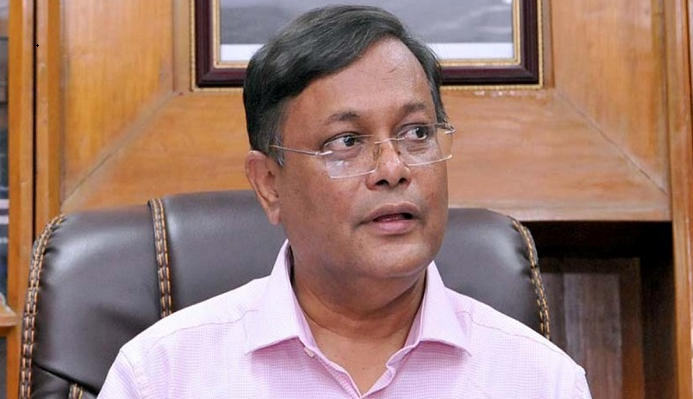 “They (BNP leaders) did not come forward to help the people. Leaders and workers of AL and members of some voluntary organizations are beside the people all over the country,” he said, speaking at a function to handover medical equipment to the Upazila Health Complex at Rangunia Upazila Auditorium on Saturday afternoon.

In the function, the minister also distributed cheques for government grants to the families of those killed in the wild elephant attack.

He said BNP leaders are just staying at home and criticizing the government without helping the poor people.

“On the other hand, neither the AL nor the government is sitting idle, rather they continue helping the people… I am too working in the field. When the people of the country are affected, there is no reason to sit idle in the house,” he added.

After the function, the information minister visited Rangunia Upazila Health Complex and inquired about the medical facilities there.

Dr Hasan Mahmud said that Prime Minister Sheikh Hasina has instructed the leaders and workers of AL to stay beside the people.

He requested the party leaders and workers of Rangunia upazila to help the people.

Dr. Hasan said since the onset of the coronavirus epidemic, Prime Minister Sheikh Hasina has been working hard to protect the people of the country from this virus.

“She has been working round the clock to protect the people, so that there is no food crisis among the people and the poor people do not suffer in any way. Gradually, the capability to fight against coronavirus in the country has also increased. There is no shortage of food in Bangladesh by the grace of the Almighty after more than three months of disaster. No people died due to lack of food. There is no wailing for food anywhere in the country,” he added.

He said more than 60,000 families in Rangunia have been provided with food aid and the relief activities are still ongoing. “Thousands of people have also been providing relief through our family organization NNK Foundation,” he added.

The minister said that the coronavirus mortality rate in Bangladesh is now 1.25 percent which the lowest in the world.

The Prime Minister is dealing with the coronavirus situation very efficiently and for that reason, the death rate in the country is lower than many other countries, Hasan said.

The government has undertaken some projects at Rangunia Health Complex with the aim of giving proper treatment to coronavirus patients, he added.

“An isolation center has already been set up there. It will be modernized with air-conditioning by increasing the number of beds and providing necessary health protection equipment including oxygen cylinders,” he said.

The government has undertaken a program to streamline all the health services up to the upazila level of the country under the Ministry of Health with the aim of reshaping the health complexes in a new way so that those can give better treatment to the people.

Dr. Hasan requested the people of Rangunia upazila to comply with the hygiene rules.

He mentioned that many patients with coronavirus have been identified in Rangunia upazila.

“We must remember that my protection is in my hands. If I am not aware, neither the government nor anyone else, including the doctor, can protect me” he added.