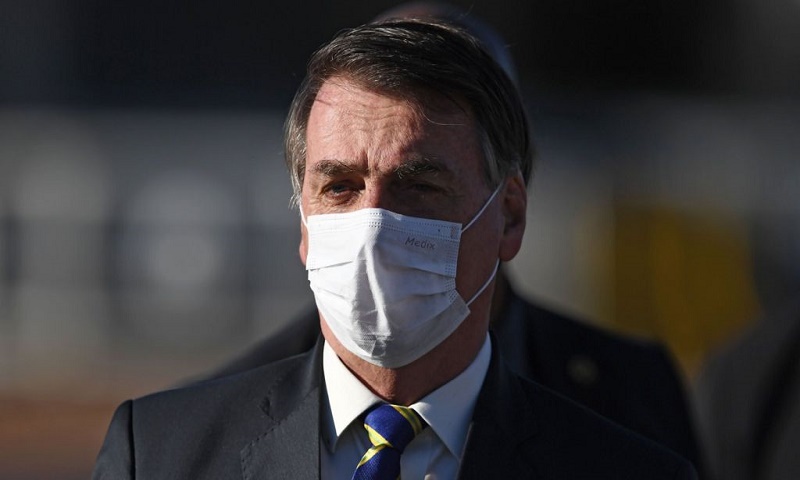 Brazil's President, Jair Bolsonaro, has sanctioned a law making the use of masks in public obligatory during the coronavirus pandemic.

However, he has vetoed their use in shops, churches and schools.

In a social media broadcast, Mr Bolsonaro said people could have been fined for not wearing a mask at home.

He has refused to acknowledge the gravity of Brazil's Covid-19 outbreak, despite it having the world's second-highest numbers of cases and deaths, BBC reported.

The virus has infected almost 1.5 million people and killed 61,884 there since late February, according to data collated by Johns Hopkins University.