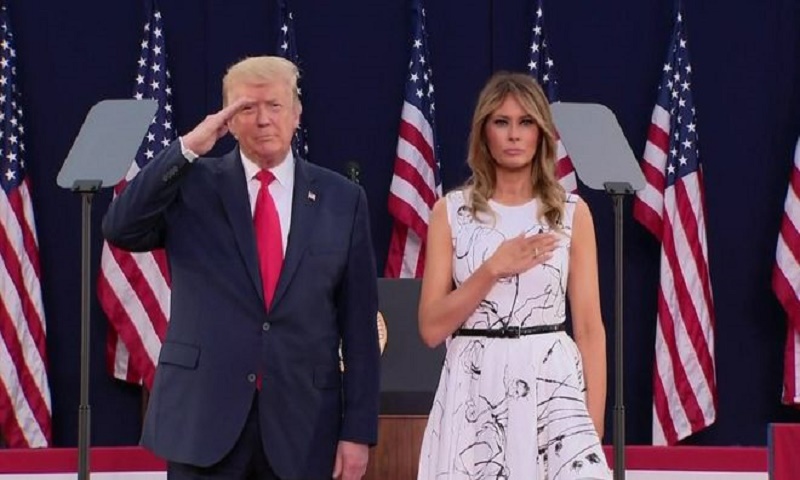 US President Donald Trump is presiding over an event to mark 4 July celebrations at Mount Rushmore, despite concerns over coronavirus.

In a speech at the South Dakota landmark, he said it would "stand forever as an eternal tribute to our forefathers and to our freedom".

Activists have long taken issue with the monument, which was created on land sacred to the Sioux tribe. Two of the former presidents depicted - George Washington and Thomas Jefferson - were slave-owners, BBC repored.

The president's decision to hold an event there has been criticised at a time when statues of Confederate generals and slave-owners are being re-evaluated, and in many cases pulled down, amid anti-racism protests.

A fireworks display will also be held at the pre-Independence Day event, which 7,500 people are expected to attend.

Masks will be available but not required, and social distancing will not be strictly enforced.

The fireworks will be the first at Mount Rushmore in over a decade, after a ban was imposed over environmental concerns.

The monument is surrounded by a national forest and some fear the display could set off wildfires in the dry brush, though local officials have said the risk is low.