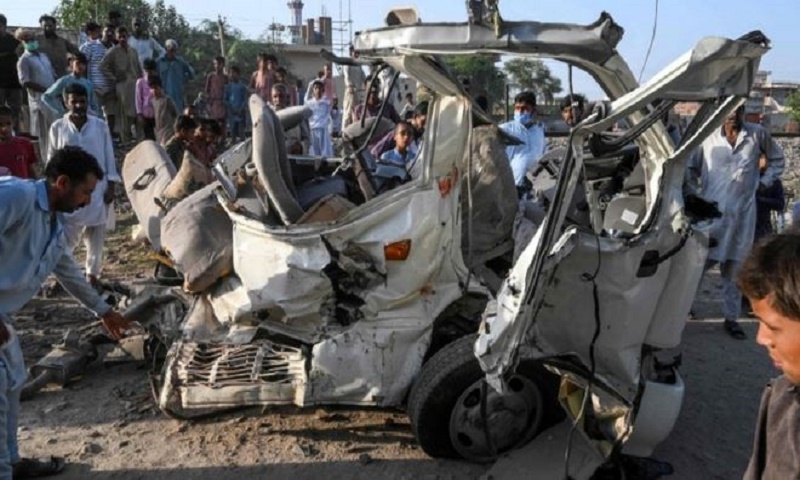 At least 21 people have been killed after a train hit a van carrying Sikh pilgrims in north-eastern Pakistan.

The crash, involving a Karachi-Lahore express train, happened on a level crossing near Sheikhupura, in Punjab province, police said.

Most of the dead are said to be from one family, on their way home from Nankana, one of the Sikh religion's main sites. Ten others were hurt.

There are not thought to be any train passengers among the casualties, BBC reported.

The accident comes after a string of recent fatal accidents on Pakistan's railways.

More than 70 people died when a Karachi-Rawalpindi train caught fire during its journey in November last year.

It was just one of more than 100 railway-related incidents in the country in 2019.

Officials said the driver of the van in Friday's accident had tried to take a short cut to avoid the crossing, where the gates were closed. The driver was one of those killed.

Sheikhupura police told Pakistan's Dawn newspaper that there were 25-26 people travelling in the van, adding that women and children were among the casualties.