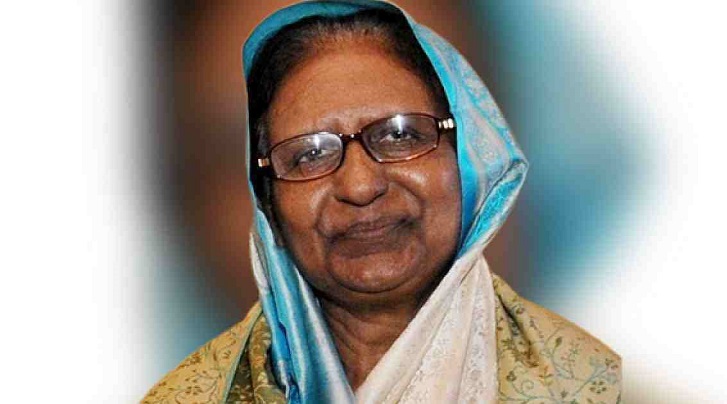 Former home minister Sahara Khatun, who is undergoing treatment at Dhaka's United Hospital for several health complications, has set to move to Thailand for better treatment.

She will be taken to Bumrungrad Hospital, Thailand on Monday, her nephew Mojibur Rahman told media today (Friday).

The 77-year-old was admitted to United Hospital, Dhaka on Jun 2 with a fever, allergy and other preexisting conditions. She is now at ICU of the hospital.

Prime Minister Sheikh Hasina is keeping a close eye on her treatment, according to senior Awami League leaders.

A member of the Awami League's presidium, Sahara Khatun is a three-time MP from the Dhaka-18 seat. She was made the home minister in 2008 and later served as the post and telecommunication minister.