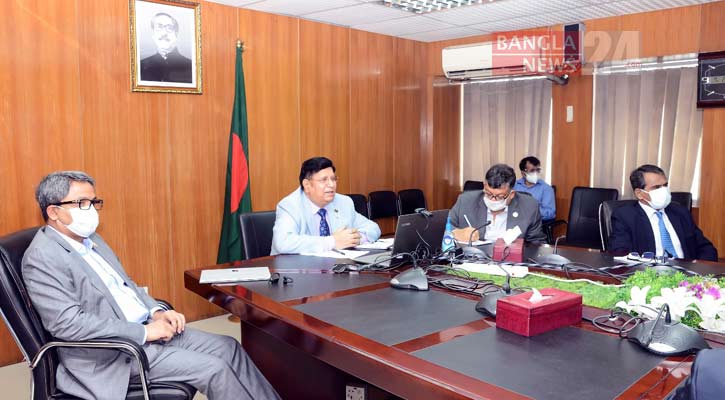 Former diplomats and foreign secretaries have laid emphasis on taking short-term, mid-term and long-term plans for Bangladesh to face global challenges during and after the COVID-19 pandemic.

They made the suggestions when the Foreign Ministry held a virtual meeting on Thursday afternoon inviting the former diplomats to discuss the ways to address the global challenges created due to the pandemic, said a Foreign Ministry press release issued on Friday.

During the meeting, the former diplomats discussed about taking different bilateral, regional and multilateral diplomatic measures from the geo-political viewpoints regarding the pandemic crisis.

They also praised Bangladesh government’s participation in the COVID-19 fund, created by the European Union as well as Prime Minister Sheikh Hasina’s address to the recent Global Vaccination Summit.

Thanking the ex-diplomats for joining the discussion, Dr Momen said such kind of dialogue between the current and former diplomats would be continued in the days to come.