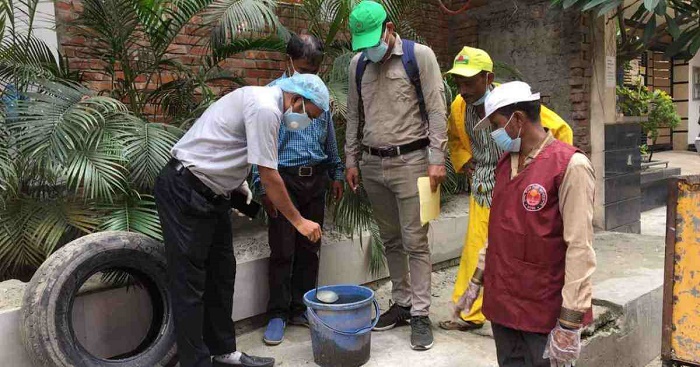 A special cleanliness drive will be conducted in all the wards under Dhaka North City Corporation (DNCC) from Saturday to prevent dengue outbreak, said DNCC Mayor Atiqul Islam.

Atiqul Islam came up with the information through a video conference on Friday.

The 10-day drive will be conducted from 10 am to 1 pm daily, except Friday, and each wards will be divided into ten sectors.

The DNCC will conduct drives in one sector of each ward daily which means 10 sub-sectors in a day. Each DNCC team will include four cleaners and one mosquito eradication worker, he said.

Forty cleaners and 10 mosquito eradication workers will work in each ward, he added.

A database will be made during the drive with a list of those houses and business establishents where aedes larvae and breeding grounds will be found.

Besides, mobile court drives will be conducted alongside the special drive by the executive magistrates, said Mayor Atiqul.

He also urged the ward counsillors, media people and residents of DNCC to corporate with the drive.

The country had a massive dengue outbreak last year when 101,354 people were hospitalised. Of them, 101,037 made full recovery. According to official figures, the mosquito-borne disease killed 179 people in 2019.