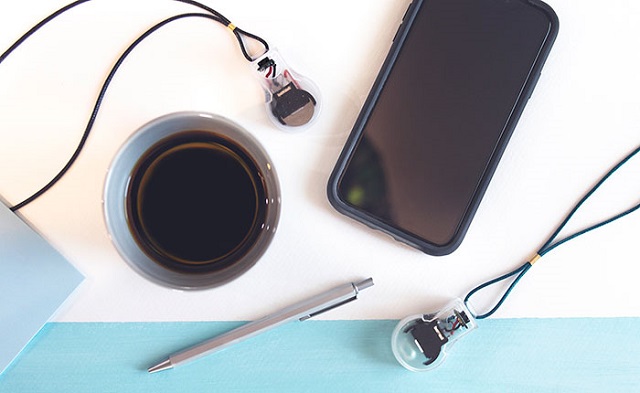 As coronavirus cases continue to surge across the world, including ours, there are some activities which are supremely risky-including touching our face.

NASA, joining the league of innovative inventions has now come up with a unique body accessory which will "beep" when it senses a person trying to touch their face.

How does the model work?

1. NASA's new innovation has been named, 'PULSE'. The app works by alerting the wearer of the gadget to stop exposure to the risky activity. When a person, wearing the gadget gets their hand too close to the face (knowingly or unknowingly), PULSE triggers a beeping noise and alerts the wearer of the same.

2. PULSE, which is a 3D printed device has a tiny vibration motor in place, "The haptic feedback from a vibration motor simulates a nudge, reminding the wearer to avoid touching these entryways in order to reduce potential infection", reads a statement released by the makers.

3. The gadget, which has been shaped like a pendant is to be worn around the neck and works the best when placed 6 inches below the chin.

4. Experts also added while the pendant is a one-of-kind invention which could cut down exposure to infectious habits, wearing a mask and washing hands is still important.

Some months back, a startup, 'Slightly Robot' developed a wristband that served a similar purpose-the accelerometer in the band senses your hand movement 10 times per second.