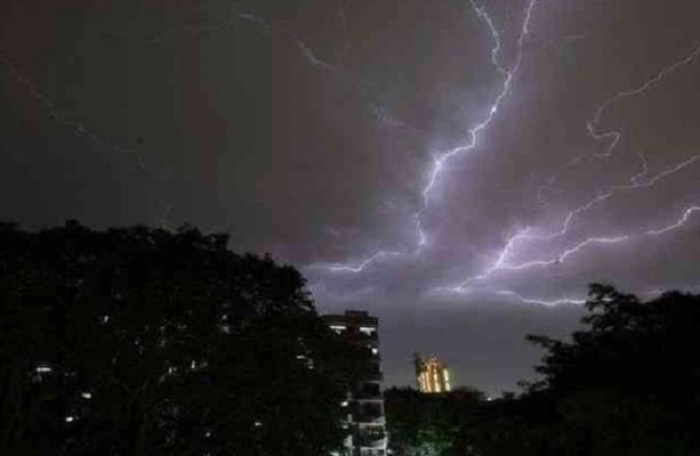 Districts from where lightning deaths were reported on Thursday included Patna (6), Samastipur (7), East Champaran (4), Samastipur (3), Katihar (3), Sheohar (2), Madhepura (2), and one each in Purnia and West Champaran.

Chief minister Nitish Kumar announced ex- gratia payment of Rs 4 lakh to the next of the kin of all those who died due to lightning. The CM also made an appeal to people to take necessary precautions during the turbulent weather.

“Follow all advisories issued by the disaster management department from time to time for being safe during lightning. Stay indoors and safe during bad weather,” Nitish was quoted as saying in a statement issued by the chief minister’s office on Thursday evening.

Union home minister Amit Shah also offered condolences for the deceased persons. “We got the information about the death of many people in Bihar due to lightning strikes. Teams of state government and disaster management departments are doing relief works.

Majority of the people killed on all three days were working in agriculture fields when they were struck by lightning. At Samastipur, two deceased- a 12-year-old boy and a 12-year-old girl were killed by lightning strikes near their house on Thursday. I express my condolences to the family of the deceased persons and pray for early recovery of injured persons,” Shah tweeted on Thursday evening.

Meanwhile, weathermen have cautioned people to remain alert with regard to lightning strikes expected over the next couple of days as well. Patna meteorological centre issued a yellow-colored warning for thunderstorm along with lightning in all 38 districts till Saturday. A yellow – colored warning stipulates that authorities should be watchful for extreme weather conditions.

Apart from warning for lightning strikes, the forecast has also been issued for rainfall with thunderstorm very likely at many places in all 38 districts in the state till July 6.

The thundershowers along with lightning have been attributed to combined impact of several weather factors in the region, including two trough lines along with two cyclonic circulations.

Another trough line- an elongated low-pressure area was passing through east Uttar Pradesh to Vidarbha across east Madhya Pradesh.

As a result of all such weather features, the all India weather bulletin issued by India Meteorological Department (IMD) on Thursday evening stated that fairly widespread to widespread rainfall activity with isolated heavy rainfall was expected over northeast and India, comprising Bihar, over the next five days.