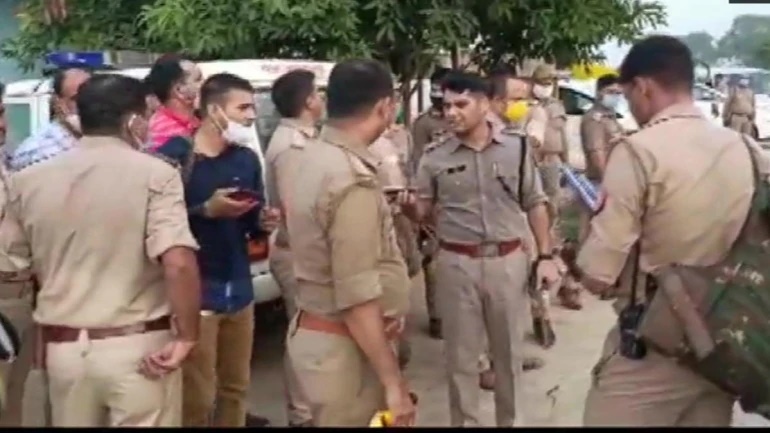 Eight policemen, including a deputy superintendent and three sub-inspectors, were killed during a raid to nab a criminal in Uttar Pradesh’s Kanpur district of India early on Friday.

The police team were out to look for Vikas Dubey, a dreaded gangster, accused of attempt to murder by a villager. They were about to conduct the raid on the basis of that first information report (FIR) in Bikru village under Chaubepur police station area of Kanpur district.

They were also looking for hired shooters who killed a Bahujan Samaj Party (BSP) leader, Pintoo Sengar, and were hiding in Bikru. Sengar was killed in Kanpur’s Chakeri on June 18.

Kanpur Police had arrested three key accused in the case from Chindwara in Madhya Pradesh on Thursday.

Five other policemen were also injured in the firing.

Vikas Dubey and his team had put blocks by parking a heavy earthmover on roads leading to the Bikru village. As the police team approached the spot, the criminals began indiscriminate firing from rooftops.

The passage to the area was blocked by parking a heavy earthmover as the police team approached the spot and the criminals began indiscriminate firing from rooftops.

“There was retaliatory firing but criminals were at a height, so eight of our men died,” HC Awasthi, the director general of police (DGP), said.

Officials said police have recovered empty shells of AK 47 carbines from the rooftops.

Two of Vikas Dubey’s men have been gunned down in Nivada village, 3km from Bikru, they said. Police have also taken his brother-in-law, Dinesh Tiwari, into custody for questioning.

Vikas Dubey, who has been charged in 60 criminal cases, was involved in the murder of Bharatiya Janata Party (BJP) leader Santosh Shukla, who had been given the rank of a minister of state, inside the Shivli police station in 2001. He was later acquitted in the case.

Prashant Kumar, the additional director general of police (law and order), is on the way to the village and Dinesh Kumar P, Kanpur’s superintendent of police (SSP), and Mohit Agarwal, the inspector general of Kanpur range, are already on the spot.

Officials said all borders of the Kanpur division, comprising six districts, have been sealed.

A forensic team from Lucknow is also headed to the spot and the special task force (STF) has been given the charge of the case.

Uttar Pradesh chief minister Yogi Adityanath has paid his tributes to the eight police personnel and asked the director general of police (DGP) to take toughest of action against those responsible for the firing.