Argentine ex-president Menem back in hospital with breathing difficulties 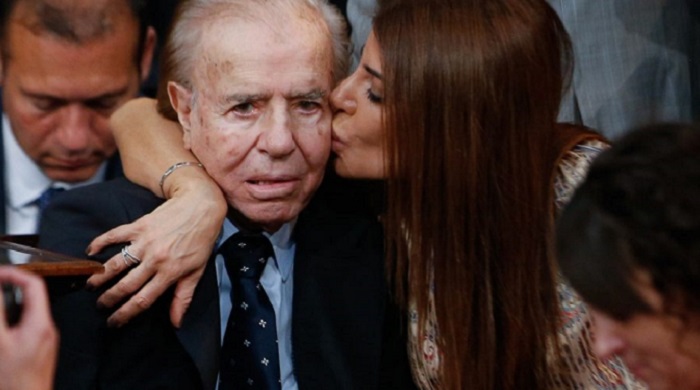 It is only three days since Menem, who was president from 1989-99, was discharged after two weeks in hospital receiving treatment for severe pneumonia.

He is in intensive care at the Los Arcos private clinic in the capital Buenos Aires.

The senator, who turned 90 on Thursday, was first taken to hospital on June 13 where he also received intensive care.

He was tested for coronavirus but that came back negative.

"We've reached 90 old man!!! I start this day paraphrasing you 'We're feeling bad but doing well.' Today is your birthday, but God gave me the gift of having you on this day. I love you with my soul. Stay strong dad," Menem's daughter Zulema wrote on Twitter.

Since entering the Senate in 2005, Menem has kept a much lower profile than during his presidency when he pursued an aggressive privatization policy.