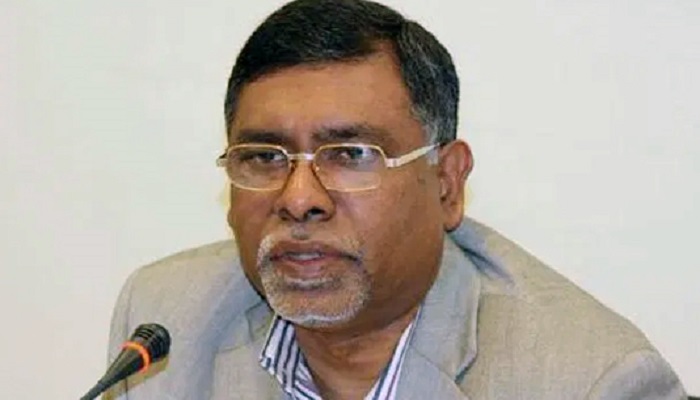 The role of the health and family welfare ministry in dealing with the ongoing coronavirus crisis has been questioned by many, including lawmakers, as the number of deaths from the deadly bug and infection cases is increasing day by day in the country.

Health and family welfare minister Zahid Maleque has already faced the wrath of opposition lawmakers in parliament for his ‘failure’ to handle the country’s corona situation.

Some BNP and Jatiya Party lawmakers said the health and the family welfare minister has failed to handle the corona situation and demanded his replacement with a ‘competent’ person.

“People have lost confidence in him (Zahid Maleque). It is evident in and outside the parliament,” former health minister AFM Ruhal Haque, also member of the Standing Committee on Ministry of Health and Family Welfare, told the daily sun.

According to Directorate General of Health Services (DGHS), a total of 1,888 people have died of the deadly pathogen in the country while some 1,49,258 cases so far have been detected.

The deaths from coronavirus and infection cases continue to rise. The first corona case was detected in the country on March 8 and the first death from the virus was reported on March 18.

“The DGHS has become a handicapped institution. Change them (key persons in the heath sector), remove the health minister. Replace them with competent and committed persons,” BNP lawmaker Harunur Rashid told parliament on June 22.

About the criticism of the health ministry, many top officials of the ministry have been transferred from the ministry while allegations of corruption and irregularities in the concerned ministry were also raised amid the corona crisis.

The government in the last month transferred Health Services Division Secretary Ashadul Islam to the Planning Division over allegation of supplying low-quality mask among physicians and other health workers.

Later, Habibur Rahman Khan Additional Secretary of the health ministry at Health Service Division has been transferred as the Executive Director of BARTAN under the Ministry of Agriculture.

Allegation have been raised by different sections of people that the health ministry has ‘failed’ to take effective and organised steps to contain the spread of coronavirus from the very beginning, although it got enough time to take measures.

Ruling party MP of Noakhali-4 constituency, Ekramul Karim Chowdhury on a Facebook Live video from his verified account recently said the country's health sector has turned into ridiculous one. He blamed a ‘Mithu syndicate’ for corruption in the country’s health sector.

Talking to the daily sun, health experts said the health ministry could not ensure quick corona test and has failed to supply quality medical equipment and protective gear. The ministry cannot check corruption and irregularities in the health sector amid the corona crisis.