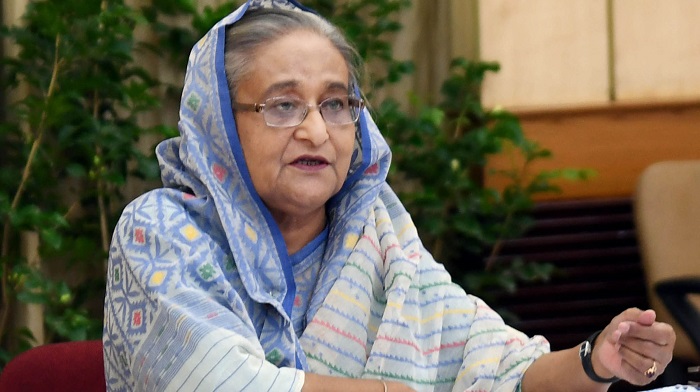 Prime Minister Sheikh Hasina has been a pioneer in resolving various crises in the country as her prudent leadership pinpoint real problems and take decisions to resolve those immediately.

Amid a global economic meltdown due to the ongoing wave of coronavirus, the Bangladesh premier has been taking decisions to save public life and revive the country’s economy.

“Despite limited resources, Prime Minister Sheikh Hasina has faced every crisis successfully. She has also successfully faced the political crisis, including the evil politics of BNP-Jamaat and the politics after the 1/11 changeover,” he said.

“General people have faith in Sheikh Hasina. And it is her strength and she has been working round the clock cashing in on the belief they bestowed upon her,” he added.

Prof Lee lauded Sheikh Hasina for keeping all sorts of information about the country’s betterment.

“I’ve met a number of Presidents and Prime Ministers of many countries. Many of them do not have enough information about their countries but your Prime Minister is different. She keeps all sorts of information. If she gets eligible company, she would make a significant contribution,” Arefin Siddique said, quoting Lee as saying.

The prestigious US magazine Forbes has also highly praised Prime Minister Sheikh Hasina for closing educational institutions and nudging all non-essential businesses to go online after the first case was diagnosed in the country in early March.

The article said Sheikh Hasina has harnessed technology, installing screening devices at international airports which screened some 650,000 people (of which 37,000 were immediately quarantined), something the UK still isn’t doing.

“She has provided necessary supports where it has been needed. And she has been working tirelessly to overcome the crisis,” he said, adding that there is no alternative to her.

After the surge in cornavirus cases, Prime Minister Sheikh Hasina has unveiled a stimulus package of Tk 727.50 billion, nearly 2.52 per cent of the gross domestic product, under five schemes to handle the country’s economic.

“I hope our economy will rebound and we could near the desired economic growth, if the stimulus packages could be quickly implemented,” she said.

Highlighting the key aspects of the four new packages, the premier said the first of the four packages involved Tk 300 billion, to be provided to affected industries and service sector organisations as working capital through banks as low-interest loan.

She said the commercial banks would provide the amount as loans from their own funds to the industries and enterprises concerned on the basis of bank-client relations.

“The interest rate of this lending facility will be 9 percent and the industries and business organisations concerned will pay 4.50 percent interest while the government would pay the remaining half to banks as subsidy,” she said.

Under the second package, small and medium enterprises (SMEs), including cottage industries, got Tk 200 billion as working capital.

The premier said a mechanism would be devised to reach the amount to the SMEs as low-interest loans through banks which identically would disburse amounts to the SMEs on the basis of bank-client relations while the government in this case would bear the greater share of the interest amount.

“The interest rate of this lending facility will be 9 percent and the concerned industries and business organisations will pay 4 percent interest of that loan while the government will provide the remaining 5 percent as subsidy,” she said.

The third package was meant for enhancing Bangladesh Bank’s Export Development Fund or EDF size from US $3.5 billion to $ 5 billion to facilitate raw materials imports under back-to-back LC.

The premier said this package would result in adding additional Tk 127.50 billion ($1.5 billion) to the EDF while its interest rate would simultaneously be brought down to 2 percent.

The amount of this loan facility will be Tk 50 billion in total where the interest rate will be 7 percent.

“Following this trend, we will be able to address this disaster too by standing by the helpless people -- InshaAllah,” he said.

Amid the global coronavirus pandemic, she has been working round the clock to fight the deadly bug.

“She faces any disaster with bold steps and takes the country towards development, overcoming all obstacles,” he said.

“She is a skilled one in running state affairs. Her honesty, foresight and dynamism have made her a successful statesman,” he added.