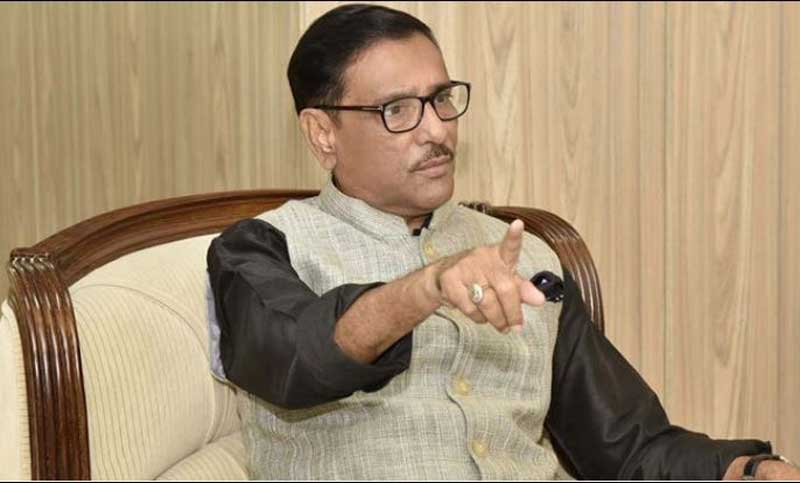 Road Transport and Bridges Minister Obaidul Quader said the BNP lawmakers have insulted the parliament by tearing up the copies of approved budget for fiscal 2020-21.

“The BNP lawmakers tear up the copies of the budget in the name of rejecting it, which is a contempt of parliament,” he said.

He said the BNP lawmakers damaged the copies of budget publicly in front of the House, which was tantamount to breaking their oath as a lawmaker.

“We condemned their act. In the ongoing crisis period of the nation, they (BNP lawmakers) did not show responsible attitude. They wanted to halt the passage of the budget in parliament,” he said.

“They wanted to see a state without a national budget…we have created a ray of hope among people, which was an urgent in the ongoing pandemic situation,” he added.

Quader said Awami League contributed to all the achievements of the Bangalee nation.

Under the leadership of Father of the Nation Bangabandhu Sheikh Mujibur Rahman, he said, Awami League not only brought political independence for Bangladesh but also are doing everything possible at national, regional and international levels to make the country’s independence meaningful.