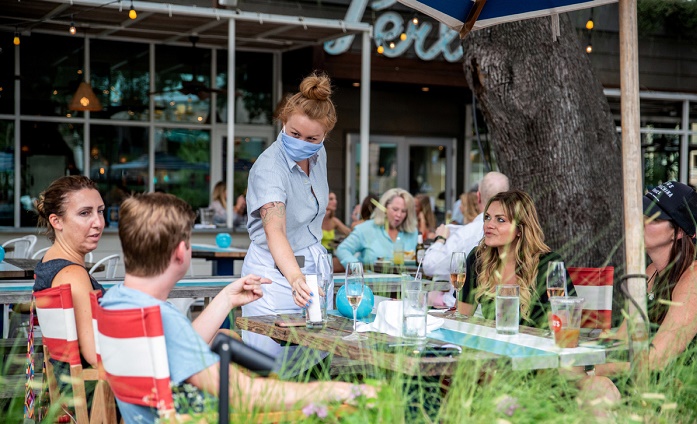 Since the first novel coronavirus case was identified on March 4, it took Texas three months to reach 75,000 infections. But since June 8, the state has added another 75,000 cases. During the month of June, COVID-19 hospitalizations have more than tripled across the state.

Joseph Varon, chief medical officer at United Memorial Medical Center in Houston, told CNN in a recent interview that the hospital is turning a whole wing into airtight chambers to treat COVID-19 patients beyond the intensive care unit.

"In the last three weeks, I have seen more admissions and sickened patients than in the previous 10 weeks. It's been an exponential increase in the severity of the illness and the number of cases we admit," Varon said.

Varon, who has been treating COVID-19 patients since the beginning of the outbreak, called it a fluid situation.

Officials have cautioned that there may be another lockdown due to the surge in new cases.

Many blamed the surge on Texas Governor Greg Abbott reopening the state too early.

Albert Wright, a healthcare data professional in Houston, is one such person.

"Not only that," Wright said, "the governor also took away the autonomy of local governments and overrode local orders of mandatory mask-wearing when he reopened Texas. That's a bad move."

When Texas was preparing for reopening this spring, a few counties declared mask-wearing mandatory. But Abbott issued an executive order in late April blocking city and county governments from imposing fines or penalties for not wearing a mask.

Now local officials want that power back. In a recent COVID-19 update, Houston Mayor Sylvester Turner said he is trying to regain authority he and other city leaders had at the beginning of the outbreak, including the ability to issue stronger mask orders and, potentially, another stay-at-home order.

Harris County Judge Lina Hidalgo issued a mask order for businesses in late May. On June 30, the County Commission extended the mask order to Aug 26.

The order requires businesses' staff and customers over the age of 9 to wear masks or risk a $1,000 fine for each violation, with exceptions for dining, pumping gas, operating outdoor equipment or while in banks or other buildings requiring security surveillance.

Over last weekend, scores of business owners held an "Unmuzzled Freedom Rally" in downtown Houston to protest the mask order. One protester, Steven Hotze, expressed his doubts about the reality of the current outbreak: "If this was a pandemic, why didn't all of us get the virus?" he asked.

There have been many occasions of people ignoring advice on social distancing. Various videos showing them crowding swimming pools, outdoor concerts or bars have been widely shared on Twitter since the reopening.

Houston's mayor said he has lost patience with those defying advice and regulations aimed at keeping the virus from spreading.

"It makes no sense for you to be spotlighted and highlighted on local and national news and on social media in the midst of a healthcare crisis," Turner said. "This is real. People are dying. People are getting sick. ... Quite frankly, I have lost patience with you in that regard," Turner said Monday during a news briefing.

Turner put three local bars on a "Wall of Shame", a page on the city's website, for violating state shutdown orders.

"His view on the coronavirus is not based on science, and he is not encouraging people to take proper measures against its spread. Unfortunately, as a leader of the country, he is listened to by some, if not all," Wright said.