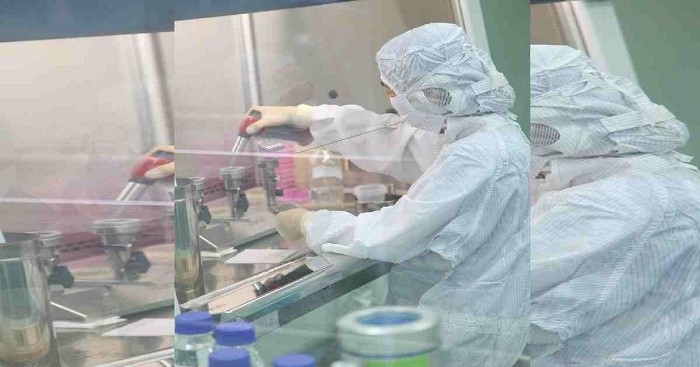 Chinese doctors have given their patients the first sheets of prescriptions of a new, home-developed breast cancer drug, 12 days after the drug was approved for clinical use.

Inetetamab, a targeted injection drug for metastatic HER2-positive breast cancer patients, was first prescribed in the cancer hospital of the Chinese Academy of Medical Sciences on Wednesday.

Meanwhile, Jiangsu, Anhui, Shandong, and Zhejiang provinces also witnessed their first prescriptions of the drug, given at local medical institutions.

Developed by Sunshine Guojian Pharmaceutical (Shanghai) Co., Ltd., a subsidiary of 3SBio, Inetetamab was approved for clinical use by the National Medical Products Administration on June 19.

In recent years, China has been striving to speed up the registration and approval of both foreign and home-made new cancer drugs, and to promote the replacement of imported drugs that are costly, but urgently and essentially needed with domestic ones.

According to a report released by the National Cancer Center in 2019, breast cancer is the cancer with the highest incidence rate among women. In 2015, the number of new breast cancer cases in China reached 304,000, of which 20 to 25 percent were HER2-positive patients.

HER2, or human epidermal growth factor receptor 2, is a type of protein in the breast tissue, helping to control breast cells dividing, growing, and repairing. When the HER2 gene is abnormal, it encourages the rapid growth of cancer cells. The HER2-positive breast cancer tends to grow faster, spreads more easily, and is more likely to recur.

Earlier studies show that Inetetamab has a stronger effect on antibody-dependent cell-mediated cytotoxicity (ADCC). ADCC is an immune response, in which antibodies, by coating target tumor cells, make them vulnerable to attacks from immune cells.

The new drug has broken the monopoly on the anti-HER2 monoclonal antibody by imported drugs, and brought more choices to breast cancer patients, said Lou Jing, chairman of 3SBio.