Coronavirus: 'I'm all for masks,' says Trump in change of tone 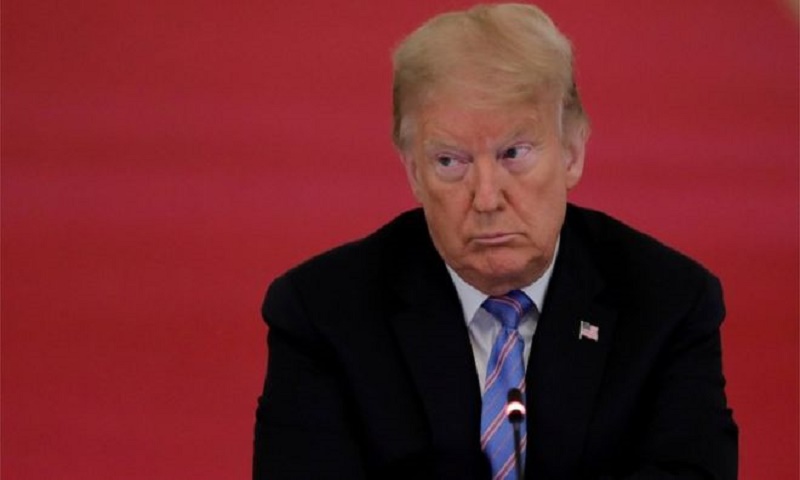 US President Donald Trump, long opposed to wearing a face covering in public, says he is "all for masks" and they make him look like the Lone Ranger.

Trump also maintained that face coverings do not need to become mandatory to curb Covid-19's spread.

He again predicted the infection would "disappear," as the US hit a new record high of 52,000 virus cases in a day.

His remarks to Fox News come a day after a top Republican called on Mr Trump to wear a mask as an example, BBC reported.

The US now has nearly 2.7 million confirmed Covid-19 infections and more than 128,000 deaths, according to Johns Hopkins University, which is tracking the pandemic.

What did the president say?

When asked whether he would wear one, the president said: "If I were in a tight situation with people I would, absolutely." He added that people have seen him wearing one before.

Mr Trump said he would have "no problem" with wearing a mask publicly and that he "sort of liked" how he looked with one on, likening himself to the Lone Ranger, a fictional masked hero who with his Native American friend, Tonto, fought outlaws in the American Old West.

But the president reiterated that he did not think making face-coverings mandatory across the US was needed, because there are "many places in the country where people stay very long distance".