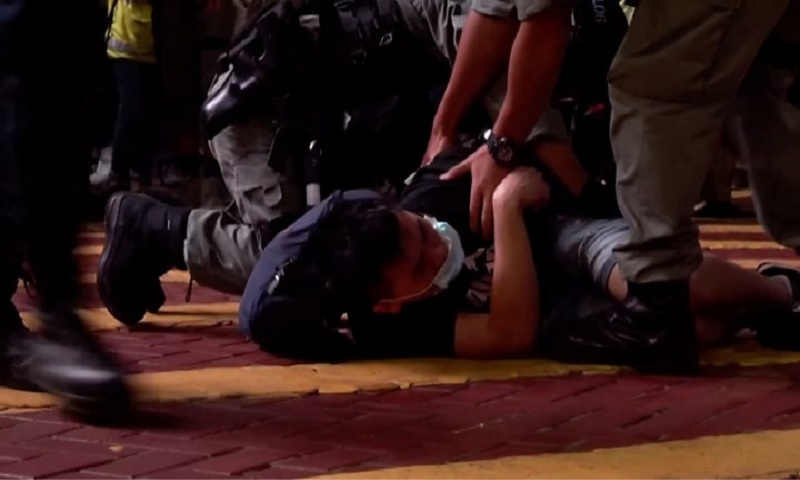 Hong Kong police have made their first arrests under a new "anti-protest" law imposed by Beijing, as crowds marked 23 years since the end of British rule.

Ten people were held accused of violating the law, including a man with a pro-independence flag. About 360 others were detained at a banned rally.

The national security law targets secession, subversion and terrorism with punishments up to life in prison, BBC reported.

Activists say it erodes freedoms but China has dismissed the criticism.

The UK has now said up to three million Hong Kong residents will be offered the chance to settle in the UK and ultimately apply for citizenship.