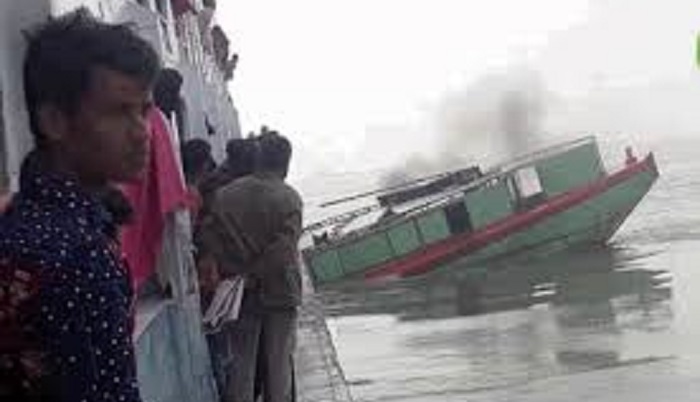 Waterway accidents take place frequently, taking valuable lives of passengers, as no owners or masters responsible for the accidents are punished.

Such accidents occur repeatedly as the recommendations of probe committees and the High Court directives on ensuring safety on waterways are not implemented, experts said.

According to the Passenger Welfare Association of Bangladesh, at least 219 people were killed, 282 injured and 375 went missing in 203 waterway accidents in 2019.

Data from the shipping department show that a total of 3,654 people have been killed and 516 others injured and 489 have gone missing in 570 waterway accidents from 1991 to December 2019.

In the latest accident, at least 34 people died in a waterway accident on Monday as Moyur-2 launch slammed into another launch, Morning Bird, leaving it capsized in the Buriganga river.

Experts have blamed poor monitoring of the shipping department on the certification process of vessels and masters and culture of impunity for increasing the accidents.

They have also urged for strengthening the marine court, updating the Shipping Ordinance and revamping the shipping department to reduce the accidents on waterways.

A three-member probe committee, led by engineer and ship surveyor Shafiqul Islam, submitted its report on August 2, 2003 after carrying out a probe into the capsize of MV Nasrin-1 on July 8, 2003.

The committee gave 38 recommendations to ensure safety on the waterways, but the suggestions are yet to be implemented.

Meanwhile, Bangladesh Inland Water Transport Corporation (BIWTC) has failed to implement the High Court directive, issued on August 25, 2011, to identify unfit vessels and stop them from running in ‘any circumstances’.

There has been no step taken by the BIWTC to implement the HC directive to ensure that all ships will have to be run by proper teams and will have to have appropriate life-saving equipment on board and sufficient number of law enforcers to prevent staff from overloading vessels.

National Committee to Protect Shipping, Roads and Railways General Secretary Ashis Kumar Dey said, ‘Verdict of the court in most of the cases went in the favour of the accused in the marine court as the state side remains weak while the defence usually engage competent lawyers.”

He also said, “There is no example of imprisonment and fines for the accused officials in any waterways accident cases till now.”

According to sources at the Marine Court, around 1,500 cases filed over the waterway accidents are still pending due to slow trial proceedings.

Advocate Jahangir Alam, who is dealing major cases of the waterway accidents, said the cases over waterway accidents are not finishing on time as owners are disrupting the trial proceedings through filing petitions with the High Court.

He also alleged that regular hearing is not held at the marine court due to in absence of court officials and witnesses and settlement outside the court is also blamed for the slow pace in the cases.

Public Prosecutor of the court Parveen Sultana, however, claimed that the accused are getting punishment in 95 percent cases. She also said they are trying to dispose of the cases on time but it delayed due to non-apprence of witnesses in the cases.

When asked, Commodore Syed Ariful Islam, director general of the shipping department, refused to make comments over the causes of the waterway accidents.

However, he said his department formed a three-member probe body to look into Monday’s launch capsize. They primarily confirmed that the accident took place due to negligence.