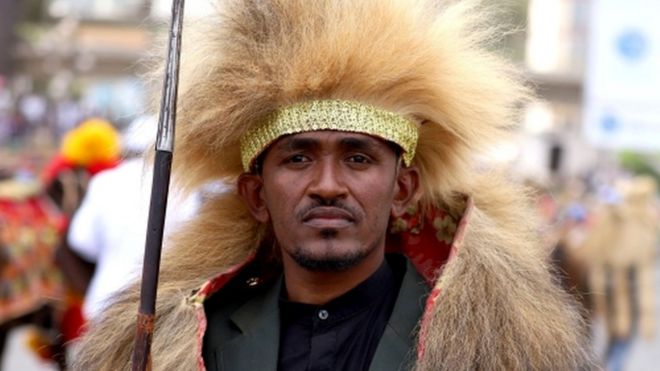 At least 50 people have been killed in Ethiopia after the death of a popular singer sparked huge protests in the Oromia region, a local official has told the BBC.

Thousands of fans had gathered to mourn Hachalu Hundessa, who was shot dead on Monday night while driving.

But police say they have arrested two people in connection with the killing.

Hachalu, 34, had recently said that he had received death threats. He will be buried on Thursday.

His songs focused on the rights of the country's Oromo ethnic group and became anthems in a wave of protests that led to the downfall of the previous prime minister in 2018.

Many people were injured in Tuesday's protests and there was "significant destruction to property," Getachew Balcha, the spokesperson for the Oromia regional government, told the BBC.

The authorities shut down the internet on Tuesday in parts of the country as the protests against his killing spread across the state. The service remains unavailable.