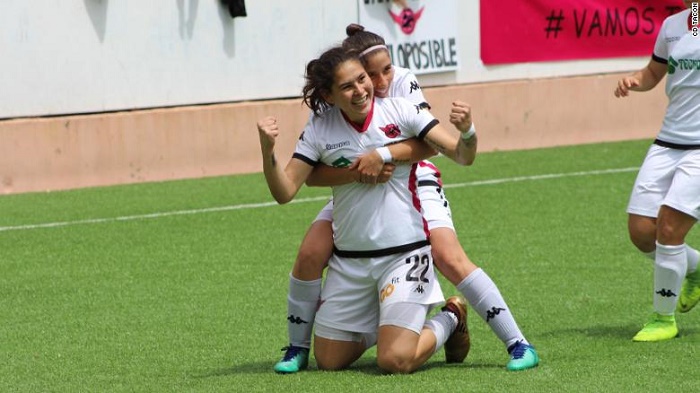 It may be the most valuable football club in the world, but it took until 2019 for Real Madrid to have its own women's team.

After a meeting of the club's socios at the end of 2019, the club agreed to have a women's football team for the first-time next season.

Last year, the Spanish club approved the acquisition of Madrid-based women's club CD Tacon for a reported €500,000 ($550,000). The purchase was approved at the general assembly of socios by an overwhelming majority -- with 90.6% voting in favor.

It earned promotion to the La Liga Iberdrola -- the top tier of Spanish women's football -- on May 19 for the first time after beating Santa Teresa in a playoff.

Tacon (which means 'heel' in Spanish) operated under their original name for the current season have finally been renamed to Real Madrid Femenino with the two clubs officially merging on July 1, 2020.

The club -- which was only formed in 2013 -- will train and play its matches at the training ground of the 13-time UEFA Champions League winners.