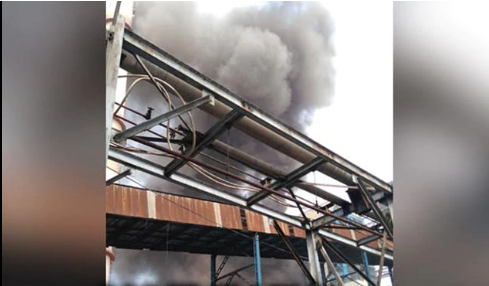 Six people died and 16 suffered burn injuries in a boiler explosion at a thermal power plant in the Cuddalore district of Tamil Nadu this morning.
The blast took place at a power plant of the central government-owned NLC India Limited (formerly known as Neyveli Lignite Corporation Limited) in Cuddalore, about 180 km from state capital Chennai. This is the second blast at the power plant in two months.

All those injured were rushed to the Apollo Hospital in Chennai, officials said.

"The boiler was not in operation. We are investigating the incident," R Vikraman, one of the directors of the power plant, said.

"Among the sixteen injured, six are regular employees and 10 are contract workers. We are collecting details of those who died," he added.

In a tweet, Union Home Minister Amit Shah condoled the deaths. "Anguished to learn about the loss of lives due to a blast at Neyveli power plant boiler in Tamil Nadu. Have spoken to  @CMOTamilNadu and assured all possible help. @CISFHQrs is already on the spot to assist the relief work. Praying for the earliest recovery of those injured," he wrote.

In May, eight workers at the power plant suffered burn injuries in a similar incident. The workers, who were injured in the boiler blast, included both regular and contractual employees.

The company generates 3,940-megawatt electricity. The plant where the blast took place accounts for 1,470 megawatts. The company employs 27,000, including 15,000 contractual workers.

Several deaths linked to accidents at industrial units have been reported in the last two months.

On Monday, two people were killed and four were hospitalised after gas leaked at the Visakhapatnam unit of the firm Sainor Life Sciences.

In May, 11 people, including two young children, were killed and over 1,000 were hospitalised after gas leaked overnight at the LG Polymers facility in Vizag. The incident was compared by many to the 1984 Bhopal Gas leak, one of the worst industrial disasters in history when gas leaked from a pesticide plant operated by Union Carbide and killed over 3,500.