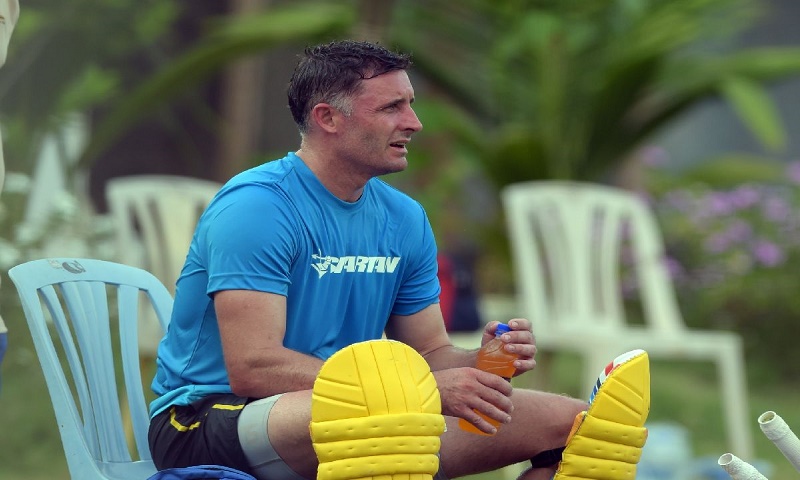 Former cricketer Michael Hussey believes India would have to be at their best if they are to beat Australia in the Border-Gavaskar Trophy scheduled to be played Down Under later in the year.

India, under Virat Kohli in the 2018/19 series, became the first Asian side to beat Australia in a Test series in their own den. The series featured stellar performances from batsmen Cheteshwar Pujara, Rishabh Pant and Kohli and the fast bowling battery featuring Jasprit Bumrah, Mohammed Shami and Ishant Sharma.

Australia were without the services of Steve Smith and David Warner in the last series as both were serving their bans handed over to them by Cricket Australia for their involvement in the Sandpaper Gate controversy. However, the duo would, in all likelihood, in the squad, thus providing strength to the batting unit of Australia.

“Obviously, bringing back Smith and Warner into the team is huge, but the guys that were exposed and perhaps probably weren’t quite ready at the time from two years ago, have now managed to get a number of Test matches under their belt… India are going to be up for a stiff challenge in Australia this summer,” Hussey said in a chat show on Sony Ten’s Pit Stop.

“Put that with a world-class bowling attack in Pat Cummins, Mitchell Starc, Josh Hazlewood and (James) Pattinson as well with Nathan Lyon…I think the team looks extremely strong, they are playing some excellent Test cricket. We know India are a world-class team, but they have to be at their best to beat the Australian team on home soil,” he added.

The former Australia batsman further said Rohit Sharma has the skills to excel at the top of the order and believes the star Indian opener will be successful in the four-match Test series currently scheduled to be played in December and January.

“It’s going to test any batsman in the world, but I think because he’s (Rohit) played a lot of one-day cricket batting at the top of the order, and now he’s been having some success with the red ball game as well, that’ll give him confidence coming in,” Hussey said.

“I have no doubt in my mind that he’s got the ability and the skill and the temperament, to be able to handle it,” he added.

Earlier, Pat Cummins had also said that his team is far better prepared and equipped to face Team India than last time.

“I think we’ll be ready for them this time,” Cummins had told cricket.com.au in May.

“Everyone’s a little more experienced this time because obviously we’ve got a couple of class batters back in the side and someone like Marnus (Labuschagne) has played a bit more and done brilliantly.

“So I feel like we’re in a better position,” he added.