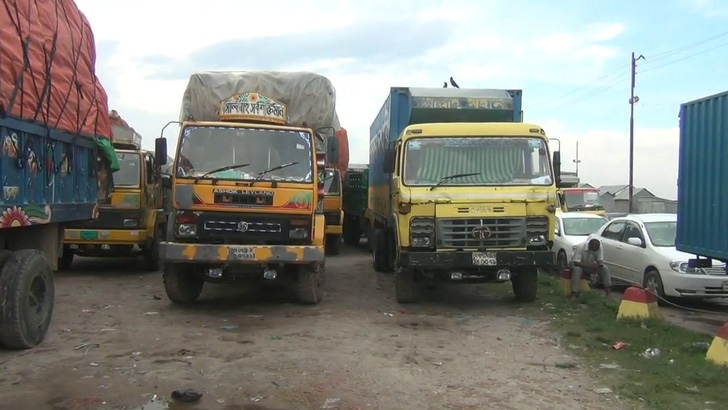 The ferry services on Shimulia-Kathalbari route was forced to close since 9:00 pm on Tuesday after a Ro-Ro ferry ‘Bir Shrestha Jahangir’ got stuck in the upstream of the channel due to heavy water flow, according to media reports.

Two rescue ships — IT-95 and IT-96 — are trying to salvage the stranded ferry. The ferry service will remain suspended until the water flow becomes normal.

Due to suspension of ferry movement on Shimulia-Kathalbari route, huge congestion of vehicles has already been created at Mawa ghat in Munshiganj.