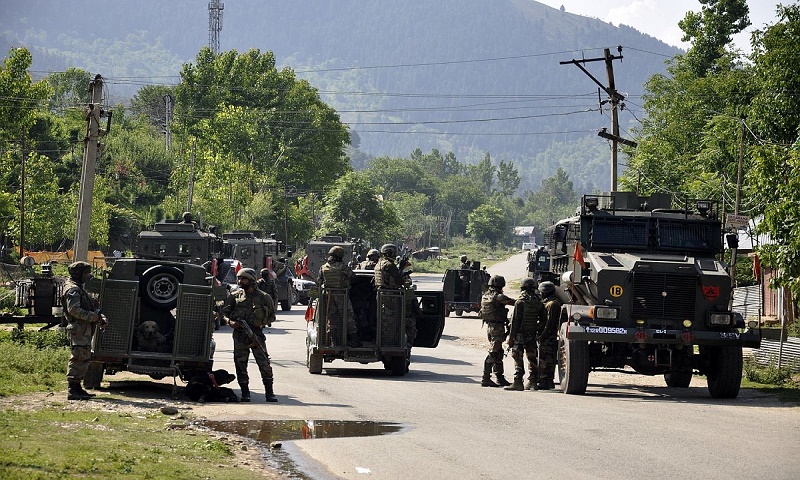 One CRPF Head Constable and a civilian were killed after terrorists attacked a patrol party in North Kashmir’s Sopore on Wednesday morning.

In the attack, four CRPF personnel and a civilian had sustained injuries. However, one soldier and the civilian succumbed to their injuries. The rest injured have been shifted to the Army’s 92 base hospital in Srinagar of which two CRPF soldiers are critical.

Meanwhile, the Police rescued a three-year-old boy from getting hit by bullets during the terrorist attack in Sopore’s Model town area.

Another major encounter is underway between the security forces and terrorists at Bilalabad area of Tral.

The encounter started after the police and other security forces got a specific tip off about the presence of militants in that area.

As the cordon was tightened around the place where terrorists were hiding, the security forces team came under a heavy volume of fire, triggering the encounter.

Meanwhile, an infiltration bid by terrorists was foiled in Keri area of Jammu and Kashmir’s Rajouri early today morning after a militant was killed by security forces.

According to sources quoted by ANI, terrorists opened fire after coming 400 meters inside the Line of Control (LoC).

Arms including one AK47 and magazines have been recovered and a search operation is underway.

On Tuesday, two terrorists were killed in an encounter with security forces in Waghama area of South Kashmir’s Anantnag district.

The slain terrorists were involved in the killing of a CRPF personnel and a five-year-old boy on June 26.