The billionaire, his ex-wife and a £450 million divorce bill 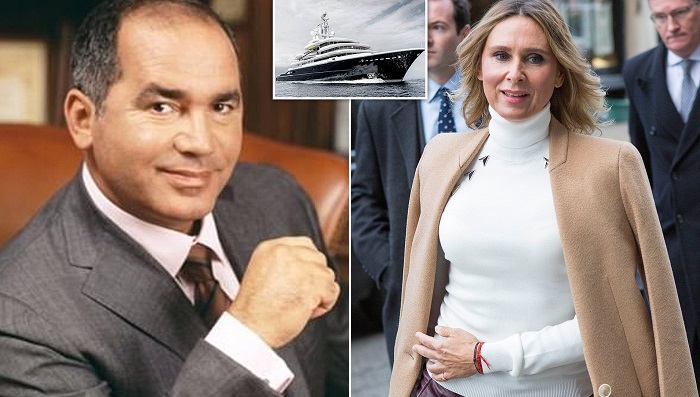 A judge in London on Tuesday said she hoped to rule in the coming weeks in the long-running case of a divorcee whose billionaire ex-husband owes her more than £450 million.

The High Court of England and Wales awarded Tatiana Akhmedova 41.5 percent of Farkhad Akhmedov's $1 billion-plus fortune in 2016 -- the equivalent of £453 million ($557 billion).

Azerbaijan-born Akhmedov became a senator in Russia after making his money in oil and gas. He featured on a 2018 US government list of Russian business and political elites.

But the court has been told the wealthy oligarch and purported ally of Russian President Vladimir Putin had only stumped up £5 million -- and not voluntarily.

His ex-wife has launched legal action in Britain and overseas to try to get her hands on the cash and assets, including a £346-million superyacht and a £115 million art collection.

Judge Gwynneth Knowles finished hearing the latest round of proceedings on Tuesday and said she hoped to deliver a ruling before the end of July.

She was told Akhmedov, 64, had transferred the yacht and the art collection into the ownership of trusts in Liechtenstein in what Akhmedova has described as a "strategy of evasion".

Judge Knowles has heard from trustees, who say that orders for them to transfer the assets to Akhmedova would be illegal under Liechtenstein law.

Lawyers for Akhmedova have called for the applications to be dismissed.

But Akhmedov's legal team have argued that because he and his wife are not British, a British judge should not have made a decision in the case.

He says the couple were divorced in Moscow in 2000 but the court has said it could find no evidence of the claim.