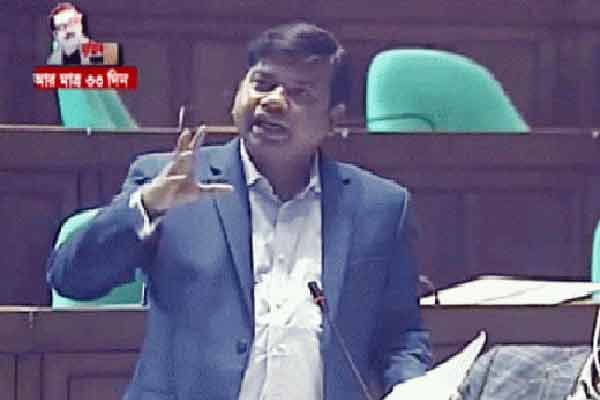 Jatiya Party lawmaker from Sunamganj-4 constituency Pir Fazlur Rahman Misbah has placed a proposal in the parliament to remove the Health Minister Zahid Maleque and bring competent and committed person in the post to face the coronavirus situation.

The MP issued the proposal while he was speaking on the cut motion in Health Ministry budget allocation on Tuesday.

Prime minister Sheikh Hasina was present in the parliament during his speech.

He also proposed the name of Matia Chowdhury as minister for the key ministry.

Earlier on June 23, Harunur Rashid, BNP's MP from Chapainawabganj-3 constituency, demanded the removal of Health Minister Zahid Maleque participating in the general discussion on the proposed national budget for 2020-21 fiscal year in Parliament.