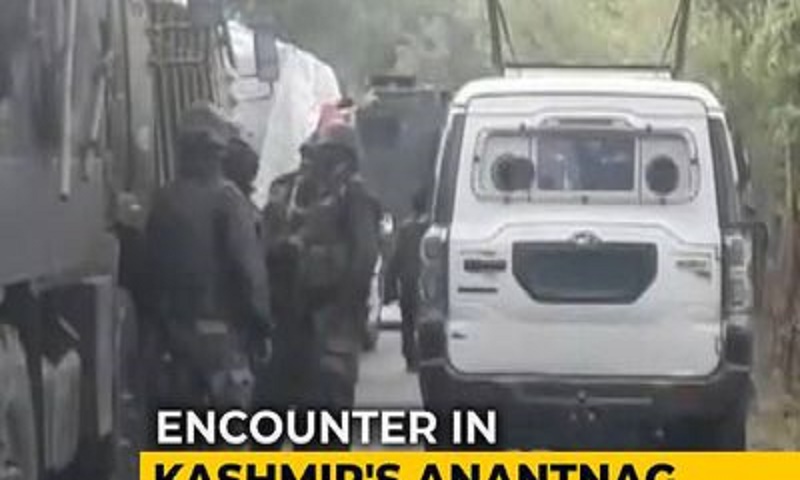 Two of three terrorists cornered by security forces at Anantnag in south Kashmir of India this morning were killed.

The third terrorist, believed to be Zahid Dass -- the killer of a six-year-old boy in a terror attack last week -- escaped.

Gunfire broke out early today as security forces tracking the terrorists launched an operation at an orchard near village Waghama based on specific intelligence inputs.

Police sources say they had been tracking Zahid Dass since Friday, when a CRPF (Central Reserve Police Force) soldier and a child were killed by terrorists.

On Friday, the CRPF soldier was killed when terrorists opened fire on a road opening team near Padshahi Bagh bridge in Bijbehara area in Anantnag.

Six-year-old Nihaan Bhat was sleeping in a parked car in the area when he was hit by a bullet. Police say the terrorist was on a bike and opened fire from a pistol. The killing provoked immense anger and condemnation.

Soon after the attack, the police released a photo of Zahid Dass, a terrorist of the radical group Islamic State (ISJK).

Kashmir Police Chief Dilbag Singh says over 100 terrorists have been killed in Jammu and Kashmir this year.