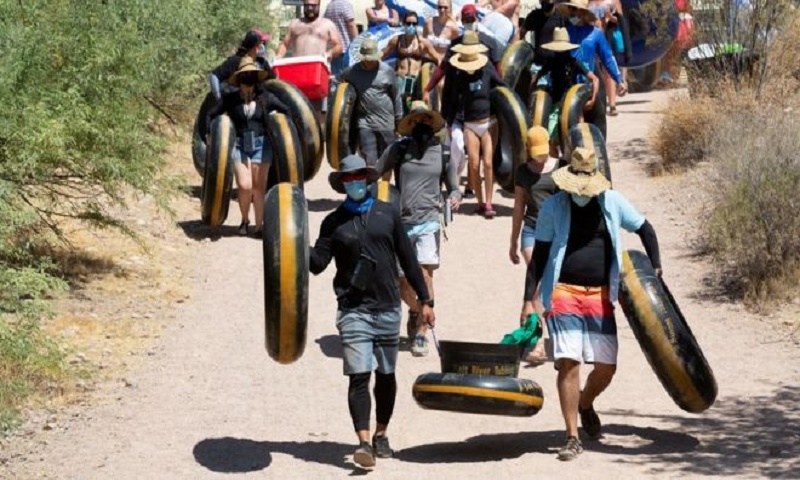 Arizona has abruptly reversed course on reopening its economy as coronavirus cases spike there and nationwide.

The state's governor has ordered the closure of bars, nightclubs, gyms, cinemas and water parks.

At least 16 US states have paused or rolled back reopenings as their infection caseloads balloon.

Some jurisdictions are shutting down for the looming Independence Day weekend amid fears that packed beaches and bars could fuel new outbreaks.

Governor Doug Ducey's directive - which will apply until at least 27 July - also prohibits gatherings of more than 50 people in Arizona.

The order came a day after the state set a single-day record for new coronavirus cases at 3,858.

What action is being taken elsewhere?

Los Angeles County - the most populous county in California, which has seen a significant spike in virus cases recently - banned all fireworks displays for the 4 July weekend and said it would close down beaches.

Meanwhile, New York - formerly the US epicentre of the virus - announced its lowest number of hospital admissions and deaths since the pandemic began.