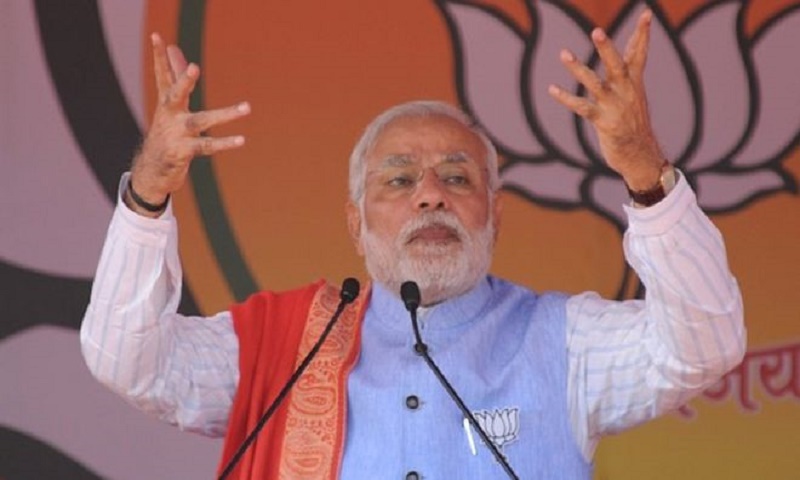 A fund set up by Indian Prime Minister Narendra Modi to fight Covid-19 is now mired in controversy and concern over an alleged lack of transparency, writes the BBC's Geeta Pandey in Delhi.

On 27 March, just days after India began a country-wide lockdown to halt the spread of the coronavirus, Narendra Modi set up the Prime Minister's Citizen Assistance and Relief in Emergency Situations Fund. The PM Cares Fund, for short.

A day later, Mr Modi appealed to "all Indians" to donate.

"It is my appeal to my fellow Indians, kindly contribute to the PM-Cares Fund," he tweeted, telling the nation that their donations would strengthen India's fight against Covid-19 and "similar distressing situations" in future.

"This will go a long way in creating a healthier India," he wrote.

Donations poured in - from industrialists, celebrities, companies and the common man. Within a week, reports said, donations had reached 65bn rupees ($858m; £689m). The fund is now believed to have exceeded 100bn rupees.

But PM Cares has been controversial from the start. Many questioned the need for a new fund when a similar one - PM National Relief Fund or PMNRF - has existed in the country since 1948.

On the day PM Cares was set up, a massive humanitarian crisis began to unfold in India - millions of migrant workers, some of India's poorest people, began fleeing the cities after Mr Modi imposed a sudden country-wide lockdown. For weeks, they walked hundreds of miles, hungry and thirsty, to reach their villages. More than a 100 died.

It was thought that the government would spend at least some of the money helping those forced to travel, but that did not happen, prompting one opposition MP to rebrand the fund the "PM Does Not Really Care".

In the weeks since the fund was set up, questions have also been asked about how it is constituted and managed, how much money has been collected, from whom, and how it is being put to use?

There are no answers to any of these queries on the PM Cares website, and the prime minister's office (PMO), which is managing the fund, has refused to provide any information. Now opposition politicians, independent activists and journalists are asking whether the government has anything to hide?

Petitions have been filed under the Right to Information (RTI) Act and in the courts, seeking more transparency. But so far, the fund has avoided any public scrutiny by insisting that PM Cares is not a "public authority", which means it's not controlled or substantially financed by the government and so does not come under the RTI Act. It also means that it cannot be scrutinised by government auditors.

"It's absurd to say the PM Cares is not a public authority," Kandukuri Sri Harsh, a law student, told the BBC. "Millions of people did not donate to the fund thinking it's a private trust. The money has been collected upon the strength of the prime minister's name."

Mr Kandukuri was among the first to seek information with an RTI application, filed on 1 April, requesting documents on how the trust was constituted and how it's operated.

He offered several arguments as to why the fund should be a public authority:

It's controlled by the government - the prime minister is the chairperson, three of his cabinet colleagues are trustees and the remaining three trustees are nominated by the PM

The PM Cares website is hosted by "gov.in" - the official government domain

The fund uses the national emblem of India, which only government entities are allowed to use

It is "substantially financed" by the government - all BJP MPs have been asked to donate 10m rupees from their constituency fund which is a constitutionally established fund; public sector companies controlled by the government have donated hundreds of millions of rupees; and a day's salary of soldiers, civil servants and judges have been compulsorily donated into the fund.

"Why is the government stonewalling?" Mr Kandukuri said. "What can there be to hide in it?"

A lot, said Saket Gokhale, an activist and former journalist, who described the fund as "the Achilles Heel of the government, a blatant scam".

Mr Modi's party colleagues have denied any wrongdoing in relation to the fund. Recently, after weeks of questioning about how the money was being used, the prime minister's office said it was spending 20bn rupees to buy 50,000 ventilators, 10bn rupees for the welfare of migrants, and 1bn rupees for vaccine development.

But the funding allocated for migrants has been criticised for being "too little, too late", and the choice of ventilators has also run into trouble.

"There were no tenders for ventilators, no competitive bidding process, it was all very arbitrary," Mr Gokhale claimed.

And last week, a report said two government-appointed panels had flagged concerns about the reliability and capability of 10,000 ventilators bought under PM Cares.

Mr Gokhale has also questioned the choice of SARC & Associates, the private company that has been chosen to audit the fund. The firm was appointed by Mr Modi to audit the PMNRF in March 2018 without a bidding process.

"The only thing it has going for it is its deep connections with the BJP," Mr Gokhale said. "SK Gupta, who heads it, is a vocal advocate of BJP policies, he's authored a book on Make in India which is Mr Modi's pet project, and he organises quasi-government events abroad. And he's also contributed 20 million rupees to the PM Cares fund. It raises fears of suspect auditing."

Mr Gupta personally announced the 20 million-rupee contribution via his Twitter account. The BBC asked him to respond to allegations that SARC & Associates was chosen to audit the fund because of its ties to the BJP but he declined to comment.

Nalin Kohli, a spokesman for the BJP, defended the fund.

Mr Kohli said the PMNRF was generally used for natural calamities, and the reason for setting up PM Cares was to have a more focused approach to dealing with a pandemic. He pointed out that the PMNRF, set up by India's first PM Jawaharlal Nehru, included the Congress party president among the trustees.

'There are many political parties in the country and why should any one party be included in something that involves public funding for public purposes?" he said.

He said Mr Modi and the other top ministers were involved with PM Cares because of the positions they hold, not as representatives of any political parties.

Mr Kohli also rejected the charge that the fund lacked transparency. He insisted that the SARC & Associates had been "engaged purely on merit" and that the fund would meet all the statutory compliances.

Concerns about the fund were being raised by a select few from the opposition, he added. "It's a new fund, what is this urgent need for public accountability at a time when everyone is busy battling a pandemic?"

But questions about the fund's opacity are not only being raised by the opposition. Supreme Court lawyer Surender Singh Hooda, who had filed a petition in the Delhi high court, described the apparent reluctance of the fund managers to divulge information as "unfathomable".

Mr Hooda had to withdraw his petition because he hadn't first contacted the PMO as required by law. He has now emailed them and is preparing to go back to the court to seek answers.

"I want them to display information on their site - how much money they have received, from where, and where have they spent it," he said.

"It's well known that sunlight is the best disinfectant and all the undesirable activities are done under the cover of darkness. Transparency is the bedrock of rule of law, and opaqueness smells of ulterior motive."