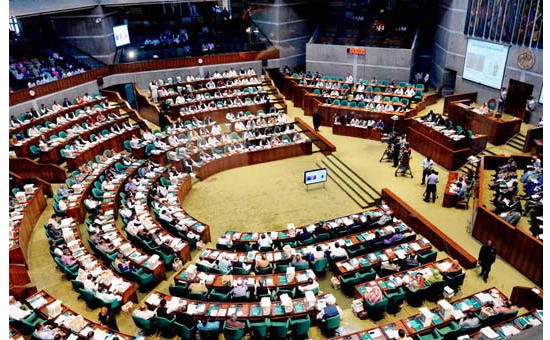 The Bangabandhu Sheikh Mujibur Rahman University Bill, 2020 was placed in the Jatiya Sangsad on Monday.

Education Minister Dr Dipu Moni placed the bill in the House with Speaker Dr Shirin Sharmin Chaudhury in the chair.

“The proposed bill expressed enhancing of necessary facilities for the higher education including expansion of higher education and research in this regard”, said the minister while placing the bill.

The proposed university will be established in Kishoreganj district, according to the bill.

Later, the bill was send to the concerned Parliamentary Standing Committee on Education for further scrutiny the bill within a month.

Besides this, Chairman of the Parliamentary Standing Committee on the Ministry of Law, Justice and Parliamentary Affairs Abdul Matin Khosru also placed the report on the use of Information Technology by court Bill 2020 in the House.

He urged the House to pass the bill in amended form, according to the report.