Around 25,000 workers to be offered golden handshake, govt to allocate Tk 5,000 crore 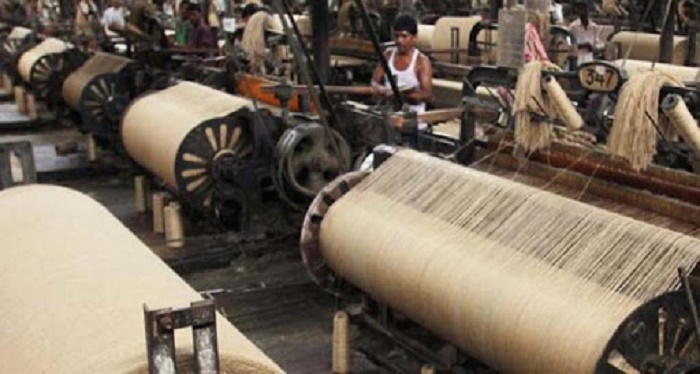 The state-owned jute mills are going to see a wave of changes as the government has decided to offer golden handshake to around 25,000 workers.

The government is planning to allow private sector to operate 26 state-owned jute mills as private sector millers are earning profits significantly while marking its growing footprint in global market.

Textiles and Jute Minister Golam Dastagir Gazi told a briefing on Sunday said the government has decided to send 25,000 workers of state-owned jute mills into early voluntary retirement in the wake of huge losses.

“The prime minister has instructed us to send the workers of jute mills into retirement through a golden handshake scheme. After that, the mills will be modernised and made production-oriented under a PPP (public-private partnership) programme. Then these workers will be given the opportunity to work there,” he said.

“Around 9,000 workers, who have gone on retirement since 2013, have not received their benefits yet due to the crisis in the mills. Around Tk 1,000 crore is required to clear their retirement benefits,” he said, adding that monthly wages of the mill workers have been remained due for months.

Along these crises, raw jute traders’ due payment, banks loans and losses year after year are the main causes of taking such a decision, he told the daily sun expressing his belief that it is going to be done for the good of workers.

The government will pay the hundred percent benefits of the existing workers and will also clear the due arrears of the retired workers and employees.

Under the benefit packages of golden handshake, workers will get their due salaries, provident fund, gratuity and other benefits.

“The government would allocate Tk 5,000 crore from its fund to settle the golden handshake,” said the textiles and jute minister.

After the settlement, initiatives will be taken to operate the mills on models like PPP, joint venture or government-to-government basis under the state control.

In the new model, the current workers who have been laid off will get job opportunities on a priority basis. At the same time, these will create new employment, said Golam Dastagir Gazi.

At present, BJMC’s contribution to jute production is only 8.21 percent while the rate is lower at 4.45 percent in the contribution on export income.

The continuation of the operations of the mills in the present structure with huge subsidies from the government budget for nominal production and insignificant exports is in conflict with the economic policy, the minister said.

Earlier, the ministry of jute and textile in a recent meeting with all the stakeholders discussed the way they are going to handle move and talked about to prepare details of loss, expenditure for golden handshake.